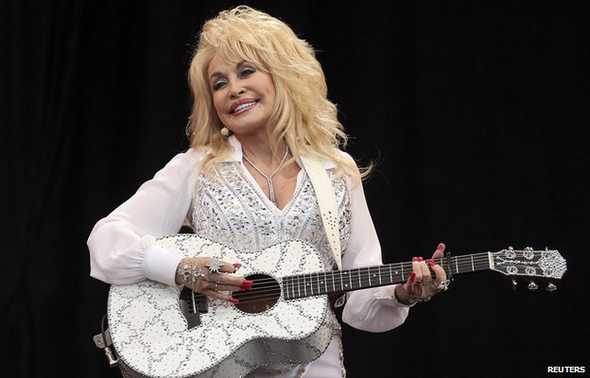 Dolly Parton, meet Dolly the dog.  Dolly is a white Lurcher that had been found abandoned under a tent during the clean-up of a music festival in Somerset, Glastonbury, UK.  Upon hearing the dog has been named in her honor, Dolly Parton has promised to adopt her if the dog’s true owner does not come forward.

Dolly had been taken to the Happy Landings animal shelter which is not far from the location the festival was held.  The 68-year-old country music star, and avid animal lover found out about the abandoned dog, and it’s naming in her honor.  She immediately got her manager to place a phone call to the shelter, to make sure the dog was being cared for, and treated properly.

“I had my manager call the Happy Landings animal shelter to make sure the dog is being treated and cared for properly.  At this time, nobody has claimed the dog and the dog is in great hands at the shelter.  I will take the dog home to America if nobody claims her within a reasonable amount of time,” said Parton in a press release.

On the Happy Landings website, they describe the dog as “a sweet-natured, older lady.”  According to medical professionals at the shelter, she is suffering from a pretty bad inner ear infection, but is receiving proper treatment for it.

This is not the first time an animal has been named for the famous singer and songwriter.  Dolly the sheep, the first ever cloned animal was named for Dolly Parton, after it was revealed that Dolly the sheep had been cloned from a mammary gland cell. 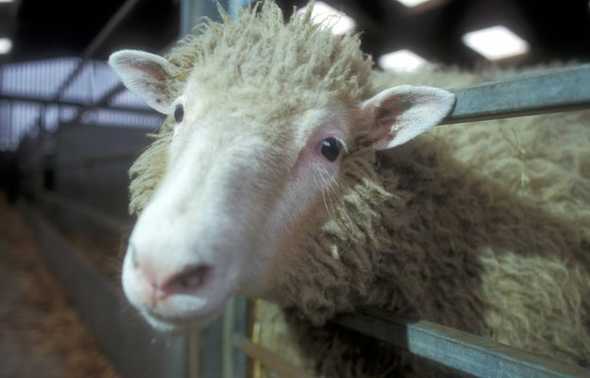 Talking with the BBC after the event, Parton expressed how she views things as, “I try to see the good in everything and in everybody, and I try to bring that out.  I’m very accepting of people, no matter who and what they are.”