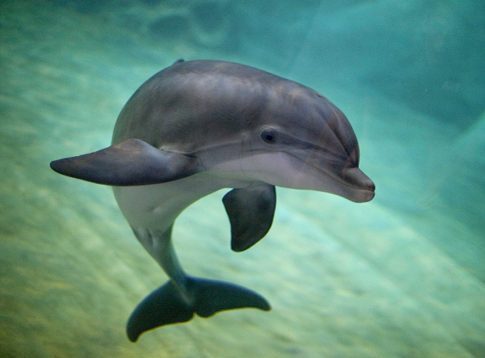 Dolphins are being credited with helping to rescue a dog that became trapped in a canal on Marco Island.

Island resident Cindy Burnett said her 11-year-old Doberman, Turbo, disappeared Sunday night after his gate was accidentally left open. She and her sons went looking for him. “I searched and searched and called his name,” Burnett said.  “I drove through this street at least five or six times.’

Meanwhile, a group of dolphins had noticed the stranded dog and literally kept splashing around (for an estimated 15 hours) making such a commotion that neighbors were alerted. When they went to get a closer look, they found Turbo, treading frantically in canal water that he was unable to swim back out of.

Burnett is incredibly thankful the dolphins splashed. “If he had to tread water all night long, I know he wouldn’t have been able to,” she said.

If you enjoyed this article, you will love Dolphin and Dog – Song of the Seas

5 thoughts on “Dolphins Help to Save Stranded Dog”