Sixty-nine-year-old Mike Gurney was out shopping on August 29, 2015, in Northamptonshire, England, when a cab driver reversing down the street almost ran him and his dog Emma over. Gurney is blind and Emma is his eye-seeing dog, but on that day the cabbie almost killed Emma and injured the man. Now the cab driver wants to sue the disable man and his dog for property damages. 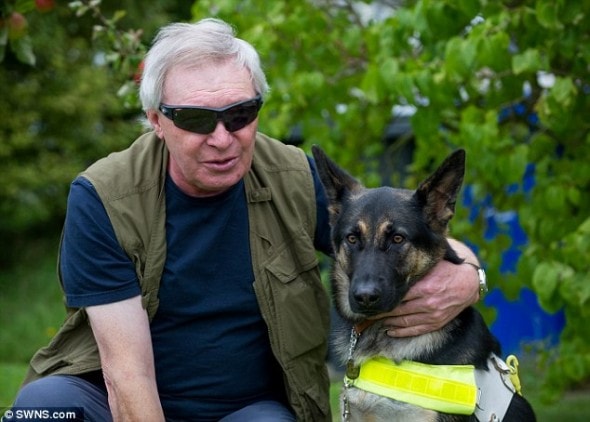 Gurney told the Daily Mail he felt when Emma was knocked by something and pushed onto his leg. At that time he used his cane to grab the attention of whoever or whatever hurt his dog, and that’s when he tapped the back of the vehicle with the cane. Once the driver felt the tapping the vehicle came to a stop, but if Gurney had not done this, he and his dog could have been killed.

A woman who witnessed the event said the driver was going on reverse and jumped the curve hitting the dog. Emma was taken to a vet hospital and was found with minor bruising, Gurney fortunately did not suffer any injuries.

A police report was made at the time and authorities said the driver would be prosecuted for driving without due care and attention, however, days after the accident, authorities informed the blind man that the charges against the driver were dropped. The taxi driver’s action was “a lawful maneuver” over a dropped curb.

“How can it be legal to reverse onto a pavement and hit a guide dog?” wonders Gurney, but to make matters worse, police officers also informed the blind man he could face claims for property damages since the car suffered dents from the cane. 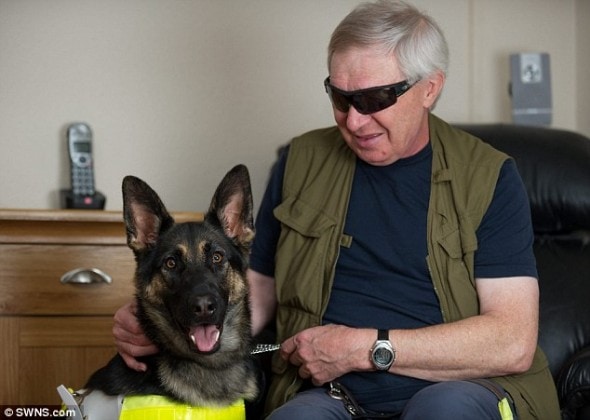 Gurney believes it is unfair he could be penalized for something he had no control off and the cab driver should instead face charges.

“If it had been a toddler or someone not too steady on their feet it could have been a lot worse,” said Gurney. “It was possible the cabbie would continue reversing if I hadn’t stopped it. Even if it was lawful it can never be right to reverse into a person.”

The woman who witnessed the accident wrote to the taxi company to complain about the treatment Gurney and his dog have received, but the transportation business has yet to respond or comment.

Gurney says Emma’s insurance has covered for all medical bills, but that money could have been used towards training other guide dogs. The service dog seems to be a lot more wary around traffic and continues to do her job, however, Gurney fears he Emma might have to go into forced retirement due to the mental trauma she experienced.