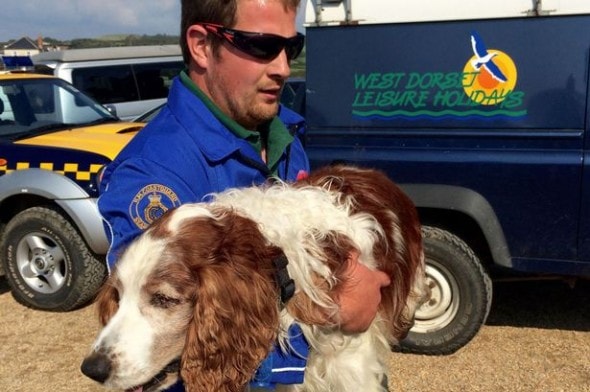 Bracyn, a blind Welsh springer spaniel, has survived a fall down a 100 foot cliff.  He had run down a sloped area on a coastal path, but lost his footing on the way down.  He toppled over himself, and tumbled the rest of the way down.

When Bracyn landed, beach-goers ran to his side, and stayed with him until help arrived.  He was taken to a local animal hospital to be treated.  As of the time of this writing, Bracyn is in good condition, and recovering nicely. 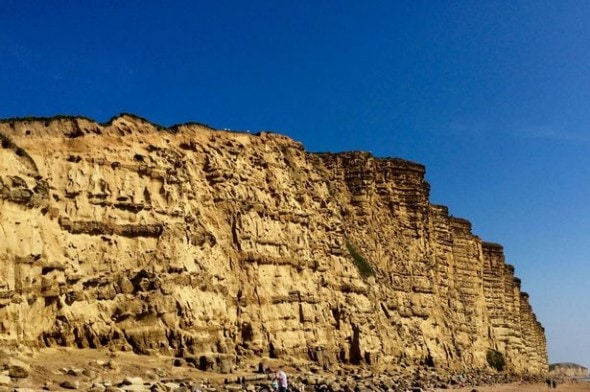 One of the people interviewed by news outlets said, “It’s a miracle he survived a fall like that.  It’s the most drama we’ve had here since Broadchurch.”  (Broadchurch is an iTV program, filmed on location and not far from the fall area.)

Bracyn’s humans were on vacation from Buckinghamshire.  They were taking a walk on the cliffs to take in the amazing view when the dog took off.  They decided to let him run off a bit on his own, something that he usually handles just fine.  They are very happy that Bracyn is going to be OK. 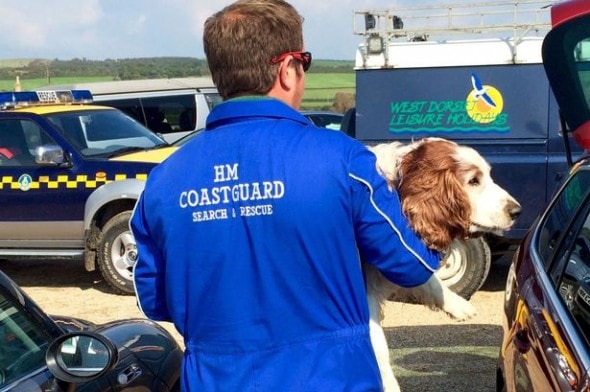