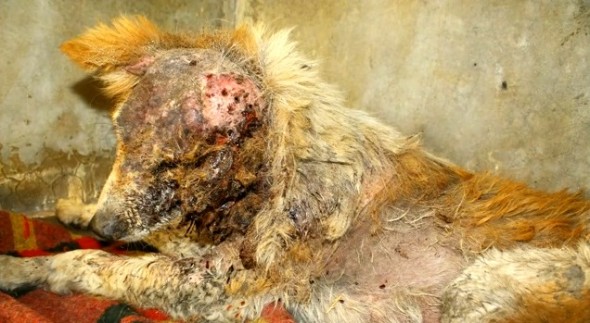 When Toffee was found in a gutter in India, he was in some of the worst conditions that rescuers had seen.  He absolutely reeked and was covered in maggots.  Now he has made a wonderful recovery and is receiving all the love and care he could ever hope for.

Rescuers at Animal Aid Unlimited say that when someone called them about Toffee, the sickly dog probably only had a couple more days of life left in him.  The nonprofit group, who takes in all sorts of street animals, rushed to help.

Much of his fur was missing due to illness (likely mange).  The poor, smelly thing was loaded with maggots and had collapsed from exhaustion and hunger.  He was given food and cleaned up, and had fur trimmed away from wounds. 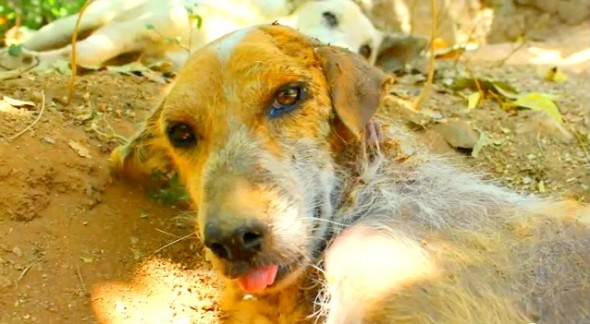 Three weeks later, and Toffee was a completely changed dog!  He could run and scamper about with other rescued dogs, and cool off in a dirt pit he’d dug out for himself.

The rescuers at Animal Aid Unlimited are dedicated to saving the life of every mistreated, sick, and homeless animal they can, but they can’t do it alone.  If you would like to keep them going and save the lives of more dogs like Toffee, please click here to donate.