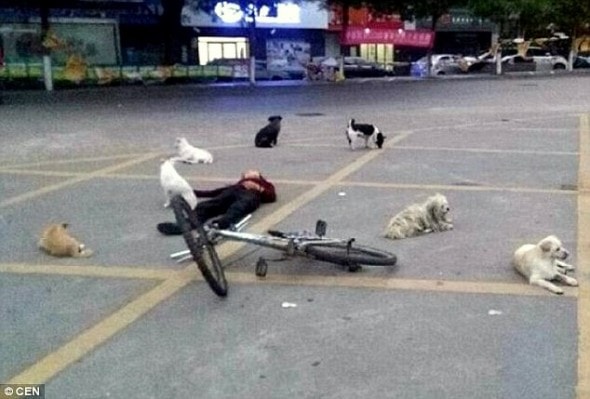 It’s a sad day when humans have so little regard for one another that they’ll just pass by the body of a woman who’s died, leaving her in the street to rot.  But dogs are on a higher plane than humans.  These eight dogs faithfully surrounded her and held vigil for several hours.

There are conflicting reports of the woman’s age; the Daily Mail says she was elderly, but a translation of a Chinese news source calls her a “young woman aged 15.”  Nevertheless, she was riding her bicycle near the Jiangxi Institute of Engineering in southeast China with her adopted dogs in tow when she suddenly collapsed and died on the spot. 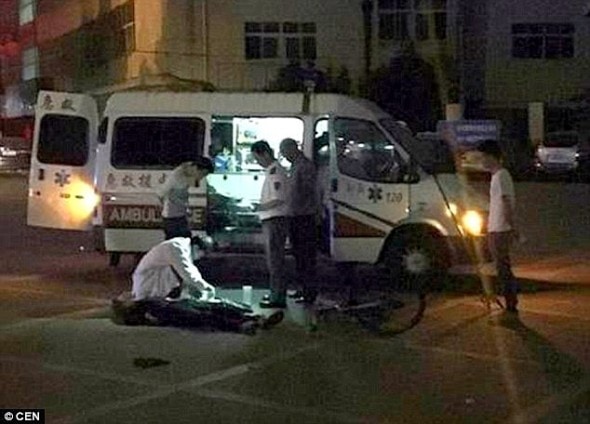 Police and paramedics arrived, but when they realized she was dead and there was no way to revive her, they departed, leaving her body where it was.  She was not moved until much later that night. 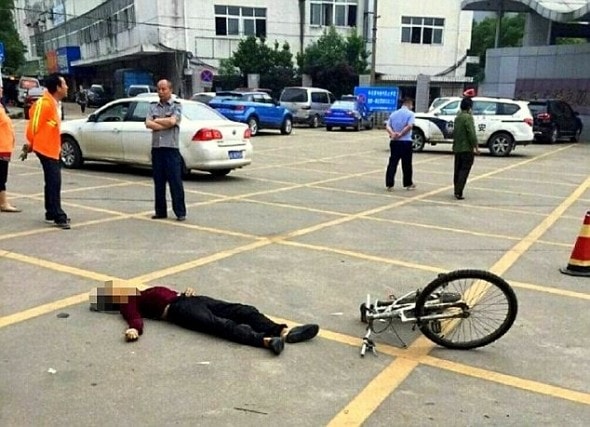 ­She used ride her bike to collect bottles and discarded items to sell to survive, and adopted the street dogs over the years.  Her perturbed dogs gathered around her from 4 am until 10 am, seemingly the only souls in the world to care about her life or death.

Hopefully someone, or the community, will step in and care for these poor dogs now that they are without the only person in the world who cared about them. 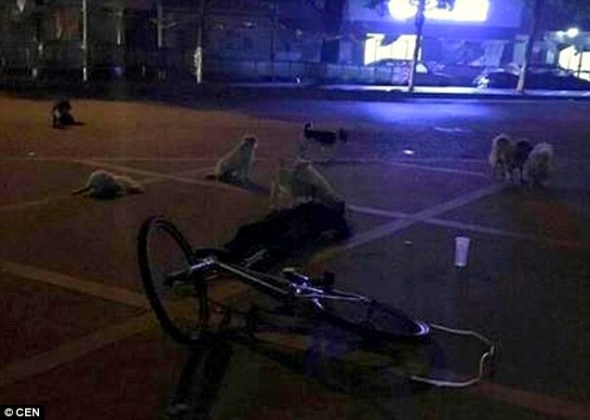