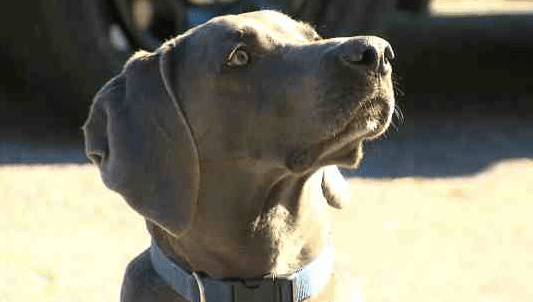 When an elderly man slipped and fell in the cold he was afraid no one would hear his cries for help. Then a neighbor’s dog came to his rescue.

Joseph Fox came out of his Virginia home for what he thought would only be a minute. He wasn’t wearing a coat or shoes, but then the 78-year-old man slipped and fell.

Fox was unable to get back up and began yelling for help. For thirty minutes he desperately tried to get the attention of someone, but no one heard him.

Then Fox’s neighbor Ronald Harvey let his dog Angus out to go to the bathroom. The dog heard Fox’s cries for help and ran to be by his side.

When Angus didn’t come back Harvey went looking for him and found Fox with Angus by his side. Harvey, who is the Assistant Chief of the Danville Fire Department, quickly took Fox inside and got him warm.

Fox is very thankful to both Harvey and Angus, but Harvey says his dog is the real hero.

“I think animals have a sixth sense and they know when somebody needs some help,” said Harvey. “Angus is a very loving, caring dog, and he heard the man hollering for help and he went over there and stayed with him.”