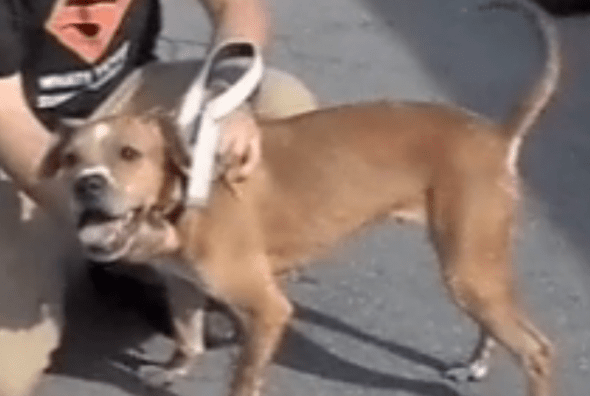 A month ago Autumn was found in bad shape. She was so emaciated rescuers weren’t sure she would survive. With the help of Stevens-Swan Humane Society she is now healthy and looking for a new home.

In September Autumn was found by police severely emaciated. She was taken to Stevens-Swan Humane Society where she had to fight for her life. She was only 22 pounds when she was rescued, making her 40 pounds underweight and in critical condition.

Autumn has put on weight, now weighing 40 pounds, and is finally healthy enough to be adopted. She is a three-year-old boxer-mix and the Stevens-Swan Humane Society wants to make sure she finds the right home.

“Autumn needs a house that’s willing to take the training and to work with her and we’re not suggesting (a home with) other animals or small children, “said John Treen. “Not that she’s been mean or anything, but she’s a little bit much and needs a lot of training right now.”

The Stevens-Swan Humane Society is starting to accept adoption applications for Autumn today, Tuesday October 22nd. You must be able to come to the shelter and meet Autumn in order to apply.