The SPCA of Westchester’s Simpson Clinic in Briarcliff Manor is caring for a victim of unspeakable cruelty after a  seven-month-old pit bull/lab mix was found barely alive, stuffed in a suitcase left near the front door of the Mount Vernon Animal Shelter. 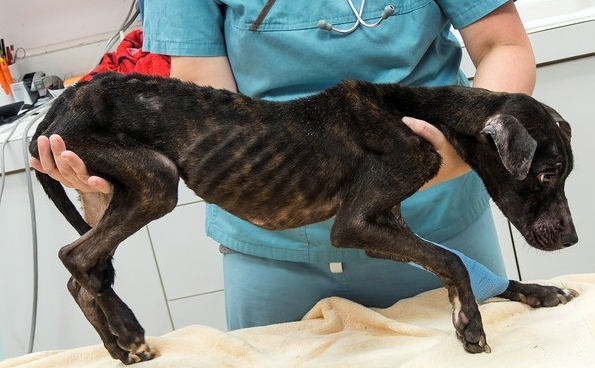 The puppy was so weak that it could not stand. Vets say a dog this age should weigh around 40 pounds: today, the starvation victim was weighed, and is only 16 pounds. There is still some question as to whether or not “Louie” will survive.

Louie was rushed to the SPCA of Westchester’s Simpson Clinic in Briarcliff Manor for emergency treatment for both dehydration and malnourishment. He will be monitored closely over the next 24 hours.

Ernest Lungaro, Director of Humane Law Enforcement for the SPCA of Westchester, is investigating the incident. He says another dog was dumped in the same location a few hours earlier. He urges anyone with information regarding the dog or its owner call the SPCA of Westchester’s confidential animal cruelty hotline at 914-941-7797.