A few weeks ago, a golden retriever named Knox began to experience difficulty breathing. Nathan and Elizabeth Sexton brought the dog to their vet expecting a cold or a respiratory infection. They were devastated by the diagnosis: terminal lymphoma.

“I mean I just started bawling, and immediately called Nathan and my mom,” said Elizabeth. “Just so I had some support there. They came right away……um, it was a terrible day.” 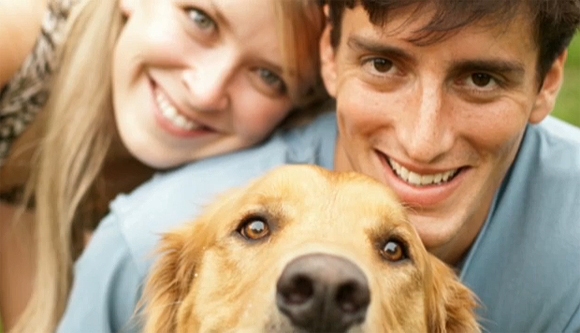 The couple had adopted Knox as a puppy in 2008, and say that he is a beloved family member that they can’t bear the thought of losing.

“He’s just been such a sweet, sweet dog,” says Nathan. “He’s been through so much with me and my new wife Elizabeth, and really, he’s almost just a child to us.”

The Sextons shared the news with family members, and Elizabeth’s sister, Hannah, suggested that they try to make Knox’s final days a celebration of his life.

“Wouldn’t it be cool if Knox got a gift every day and every day had something new and fun to come home to,” said Hannah. “I decided to post an event on Facebook and see if it could get any attention and help Knox get some gifts.”

Hannah started a Facebook event called “Knox’s Best Days Ever“, and hundreds of dog lovers have joined in support of the ailing canine. He is showered with gifts and letters every day. As they prepare to bid him farewell, they say the support has been astounding.

“You know, not only does the toys and gifts really help Knox really get something excited about every day, he absolutely loves toys, and of course loves treats…but it helps us,” says Nathan. “Just all of that love and support and just hearing people’s stories.”