A man and his girlfriend got spooked when they unexpectedly found a frog hiding out in their patio furniture, so they bolted.  Their dog took off after them, but then realized he forgot his toy and bravely went back for it.

“We got scared by a frog and so did my dog but he couldn’t leave his toy behind,” Mike tweeted.

The idea of running away from a frog seems asinine, but anyone can be startled when they’re not anticipating to come across a critter in the dark.  Mike and Leila were on their patio looking for a table, and when they moved a stepladder aside they found themselves face to face with a croaker. 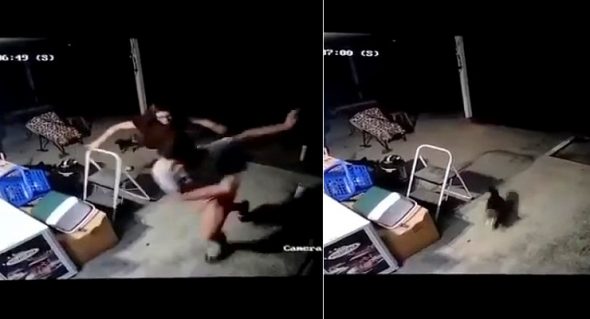 They headed for the hills, and though Lucky didn’t know just what to be alarmed about, he scrambled, too.  It then dawned on him that he had dropped his toy, so he dashed back for it and then out of the garage for good.

Was it a “no soldier left behind” situation, or did Lucky just not want anyone else to steal his plaything?

Mike had set up a surveillance camera outside just days before, and later he and Leila got a good laugh watching their panicked reactions.  He called Lucky “the star of the video.” 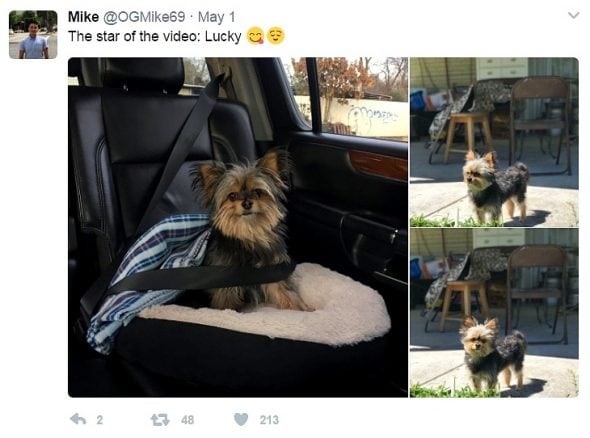