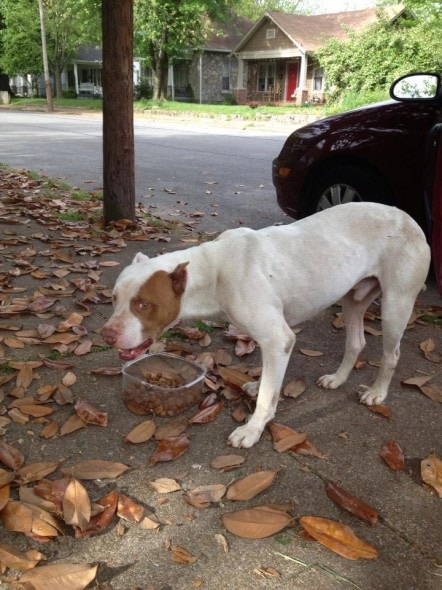 A year after Boxx went missing from his family’s yard he was reunited with them. It was all possible because of Facebook.

When Boxx went missing from his family’s home a year ago they were devastated. Bobby Lyons hoped her 11-year-old pit bull mix would return. As days turned into months, Lyons began to think Boxx was never coming back.

Then Lyon’s granddaughter saw a picture on Facebook and instantly recognized the dog in the photo as Boxx. The volunteer group East C.A.N. had posted Box’s picture on their page.

“Anyone recognize this guy? Found this morning near Pennock, no collar or tags. Dirty and has a few ticks, but very friendly. Cropped ears and he is neutered (say what?!). Finders have too many animals already and can’t hold on to him for long. Please let us know if you recognize him so he can get back home!” East C.A.N. posted along with the photo on Friday.

Lyons granddaughter quickly posted on the photo and got in contact with East C.A.N. to verify that the dog in the photo was really Boxx. On Saturday Boxx was home again with Lyons, who considers his return a miracle. Lyons and her entire family are very thankful to East C.A.N. for their help.