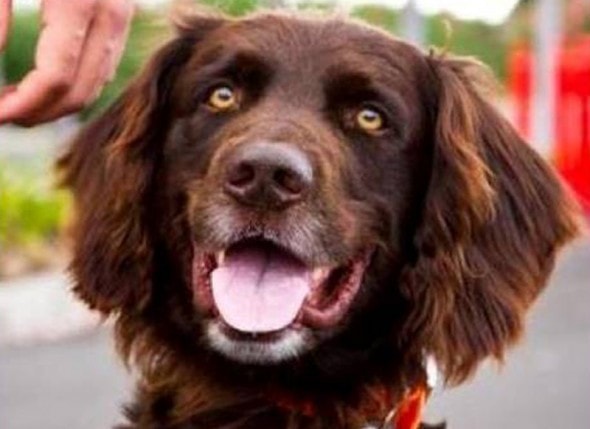 Fort Leonard Wood in Missouri held a memorial for one of its fallen heroes on Tuesday. Tygo was an award-winning bomb-sniffing dog that was killed in Afghanistan last month.

The Irish Setter was trained to detect explosives and was deployed in August to Afghanistan with his handler, Spc. Seth Rodenberger. On November 10th, Tygo was killed after being struck by an improvised explosive device.