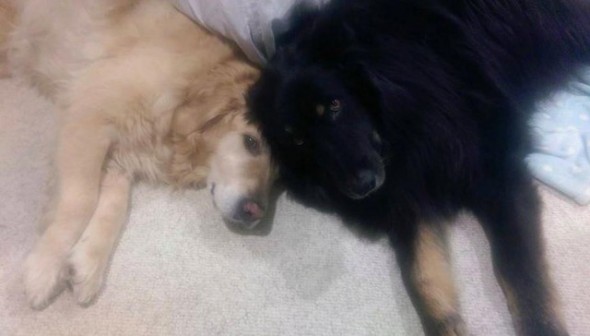 Not long ago, Champ was facing a dilemma.  His family was moving into a new apartment, and he wouldn’t be allowed to come with him.  They didn’t want to just dump him at a shelter, so they knew that they had to find someone to take him in, but who?

Luckily, Champ used to occasionally board at a facility where someone by the name of Sara Pope had worked.  She knew Champ quite well, so his family contacted her to see if maybe she knew of someone that could take Champ in.  She talked to her boyfriend and decided that Champ would stay with them. 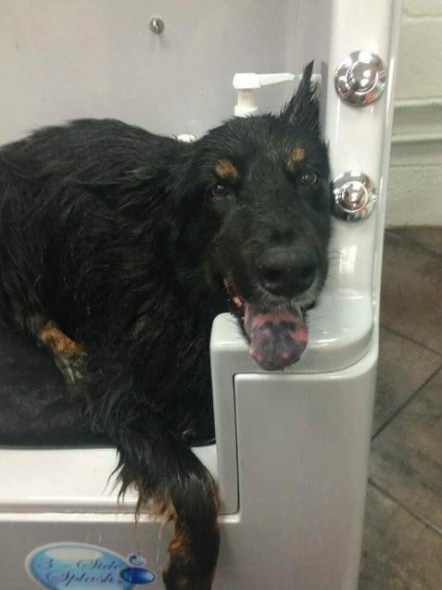 “We were a bit worried about his health, because he was 10 years old at the time, but he seemed like such a great fit that we figured we would deal with any health problems when they arrived,” Pope said to The Dodo.

After Champ moved in, he began to develop a really bad limp on his back left leg.  After just a short while, he could barely walk on it at all.  He was taken to the vet, where they found out that he had torn his ACL a long time ago, and was suffering from hip dysplasia. 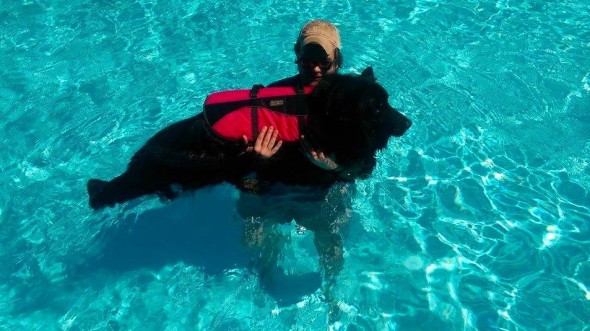 “We figured he only had a year or two left, and wanted to give him a warm home,” said Pope.

However, that was five years ago.  Champ is still with us today, very much alive and well!  Dispite his medical issues, he’s still a very happy dog.  He’s going to be 15 in just a short time, but according to Pope he still has the spirit of a pup in him.  He still loves to play in the snow, hang out with his other dog-siblings and even go to work with his human mom every now and again. 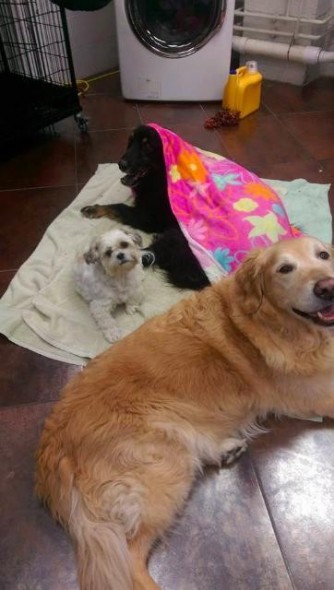 “He loves other dogs and even though he can’t play as much anymore, he enjoys laying and ‘supervising,'” Pope said.

Sometimes, people can be a bit frightened of Champ.  He is REALLY BIG and is all black.  However, after getting to know Champ for just a few minutes, one finds out he’s about as scary as dry toast, and even though he’s big, he’s just a baby that wants to be loved. 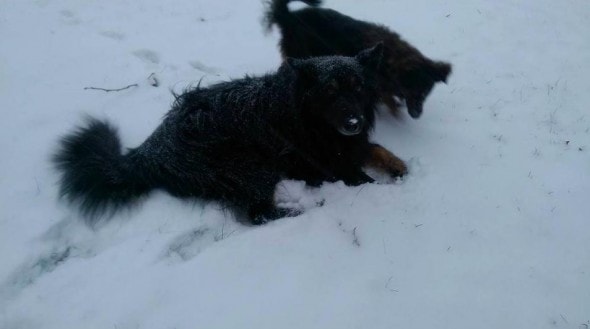 “He does have a habit of being in the way since he’s so big — we call him the blocker — but it’s only because he always wants to be around us,” Pope said. 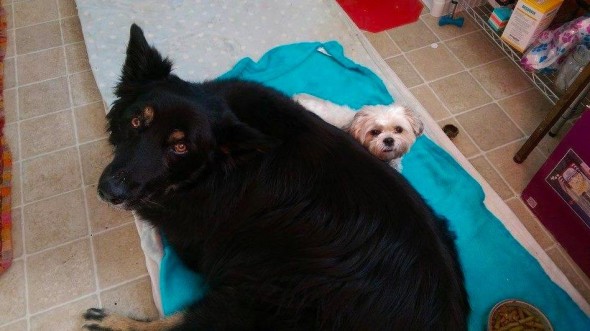