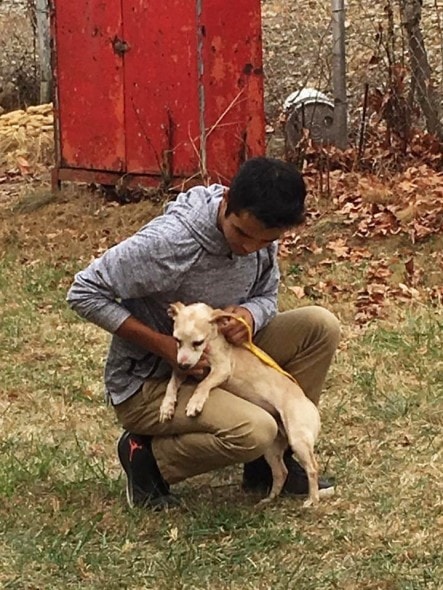 The first time Alex Perez ever rescued a dog, he was 11 years old, and saw the dog for sale at a yard sale.  He insisted on bring the dog home, and from that day a love affair with rescue work began.

A few years later, while Alex and his mother were driving, they happened upon an injured pit bull running in the middle of the street.  Naturally, Alex had to help. 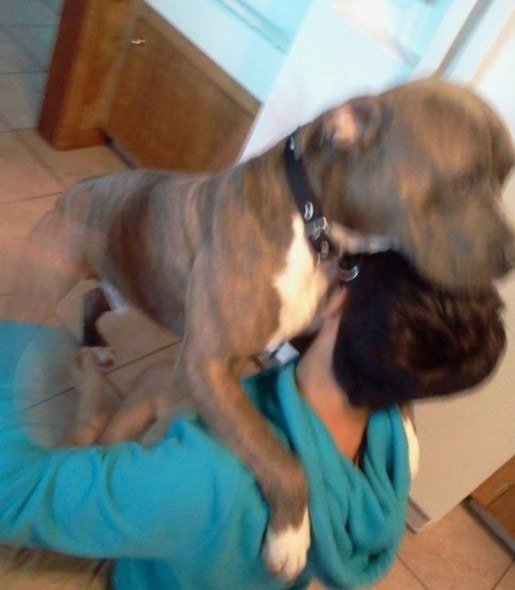 “I was pulling off the side of the road when I hear Alex’s car door open,” his mother, Valinda Cortez of Canton, North Carolina, told The Dodo.  “Before I could stop him, he was out in the middle of the road with this dog.”

Completely disregarding his own personal safety, Alex grabbed up the injured pup and got the dog into the car. 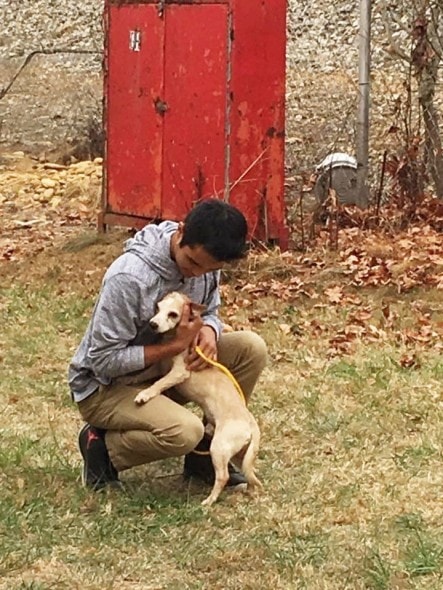 “He picked up this bloody baby and brought him to the car,” she said.  “We got him all healed up and now he lives a wonderful spoiled life.” 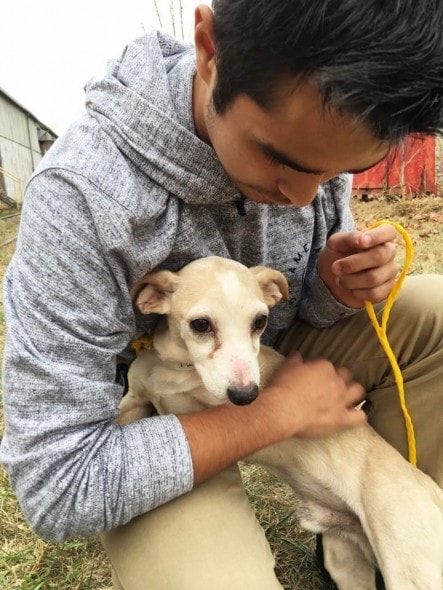 “He’s helped before in animal shelters and homeless shelters but this time was different,” said Valinda.

Alex had a day off from school, so he decided to go do some work with his mother that day.  She’s a volunteer with many other people that are parts of various animal rescue organizations.  They’ve all come together, and are working at a warehouse that’s been turned into a makeshift shelter for animals that were a part of a terrible hoarding case. 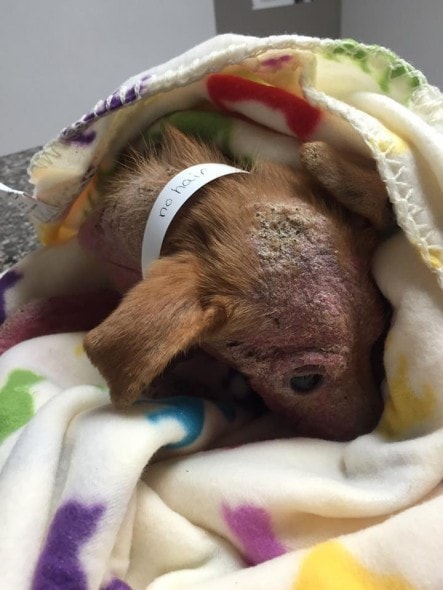 There were more than 140 animals taken from the property in question.  They were in various states of poor health, almost all of them had never known life outside of a cage, and many of them were small Chihuahuas and dachshunds.

“Most of them had only had little or no human contact,” said Valinda.  “They were so scared. They would tremble and cower if we tried to pet them.” 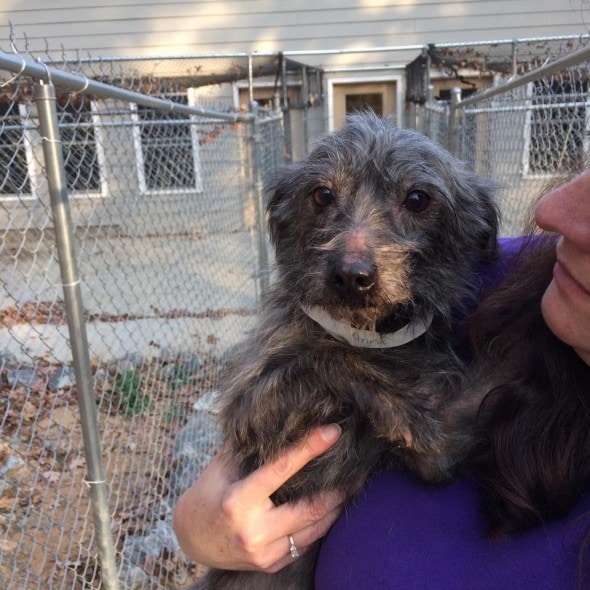 That’s where Alex first met Trouble.  Trouble was a bundle of fear at first, but for whatever reason, Alex was drawn straight to him cage.  He did spend a bit of time walking around and talking to the other dogs, but as his mother explains it, Trouble was, “The One.”

“He held him, played with him and, probably for the first time in this dog’s life, he felt loved,” said Valinda.  “He fell asleep while Alex was holding him.” 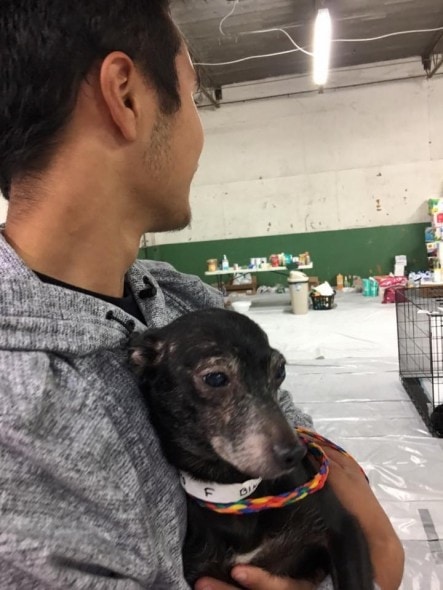 His mother’s heart was overflowing with joy.  Her 16-year-old son is just a big softy when it comes to the animals, but what’s even more, he seemed to know that this particular dog was really in need of some love and attention.

“My wonderful 16-year-old son has a giant soft spot in his heart for the animals that are ‘less desirable,'” she said.  “He has asked me several times this evening about Trouble.  After he gets home from school tomorrow, we’re going back to the temporary warehouse where the remainder of the dogs are.  I hope Trouble got adopted, but if not, I’m sure we will be bringing him home, if only as a foster.”