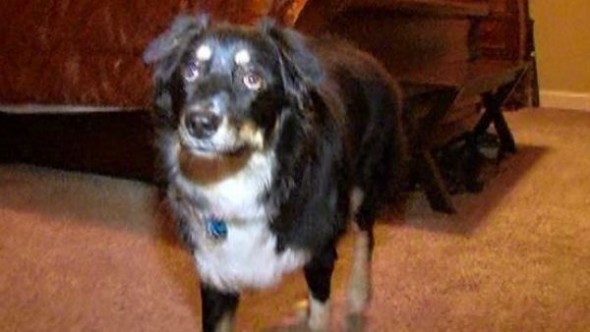 When Donna Boyett returned home with her dog Sydney she discovered the front door had been forced open by a burglar. Sydney came to the rescue scaring the burglar away.

Boyett noticed the broken in door when she returned home around lunch time on Wednesday. Donna called her husband and police for help and then she and her Australian Shepherd Sydney waited outside.

Then the intruder came out with several bags filled with the Boyett’s property. Then Sydney came to the rescue.

“I yelled, ‘Get him!’ And she went after him. I wanted to scare him,” said Boyett. “I didn’t really know what she would do besides bark, but she chased him right back into the garage.”

A few minutes later the intruder went out the back door without any of the bags. He quickly got into a vehicle and drove off but police picked him up in only a matter of minutes.

The Boyett family is doing well and is very thankful to their hero Sydney.

“I am so proud of her,” said Donna. “She is definitely my heroine.”