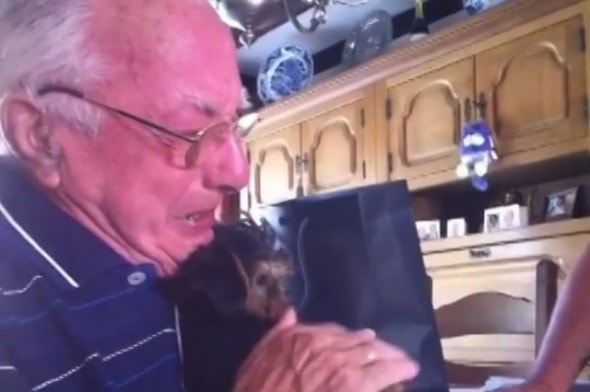 This video, uploaded to YouTube by user Davy Vanhaesendonck, is an emotional one.  After being married for 63 years, Davy’s grandmother passed away on the 26th of July, 2014.  Not long after, his grandfather’s dog passed away as well.  That’s a lot for one man to take, all within the span of four short months.

The family knew that they just had to do something to keep grandpa’s spirits up, and give him the drive and energy to continue on.  So, they decided to give him a puppy and the result is a real tear jerker.

The video came with the following description from Davey:

“After a marriage of 63 years together, grandma passed away on July 26th, 2014 after a short, but intense disease.  Grandpa also lost his doggy, all within four months.  To give him energy and the courage to continue his life, we gave him this present.  A moment filled with emotions!”