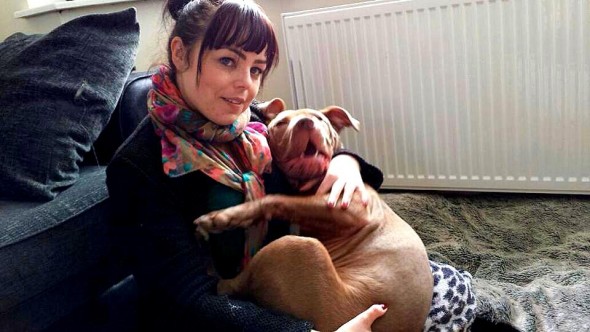 Another pit bull-type dog discriminated against, another family torn apart by a death sentence, this time in Northern Ireland.  Hank, described as lazing for 90 percent of the day and playing the other 10 percent, was taken by police while the family wasn’t home, and now they’ve threatened to kill him without even letting them say goodbye.  Let’s do everything we can to help.

Thankfully, more municipalities around the States are realizing that breed specific legislation doesn’t work.  It doesn’t cut down on the number of dog attacks.  All it does is destroy families and kill innocent dogs who have never even shown aggression towards anyone.  However, in many places in the UK, pit bulls, Staffies, or any of THOSE type dogs are banned.

People know this, yet they continue to make these dogs family members.  They hope that none of their neighbors report them, as this is generally the only way they get found out.  Sadly, Hank was reported by one of Joanne Meadows and Leonard Collins’ neighbors, even though he’s never even harmed so much as a squirrel. 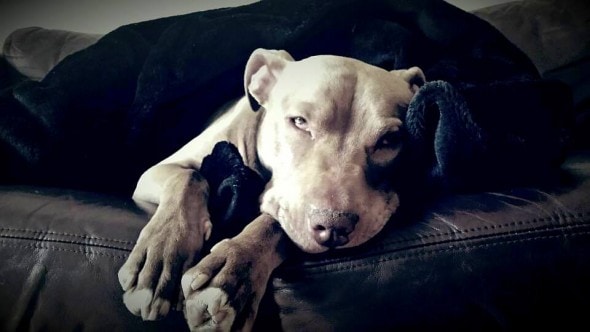 “My dad walks Hank during the day when I’m at my placement and he called to tell me that he wasn’t there, Leonard told the BBC.  “I rushed straight home to find the warrant on my door and Hank gone.

“A neighbor told me that eight police officers and four dog wardens showed up to take Hank away.  I can’t fathom why anyone would report him. He lazes about for 90 percent of the day and wants to play the other 10 percent.”

The family has had Hank for nearly two years, since he was a puppy.  The Staffy-Lab mix is neutered, microchipped, and insured.

“He is a very playful dog and is part of our family, my nieces and nephews adore him and my dad loves walking him,” Leonard explained.  “He’s extremely affectionate, we’ve never had any issues with aggression.” 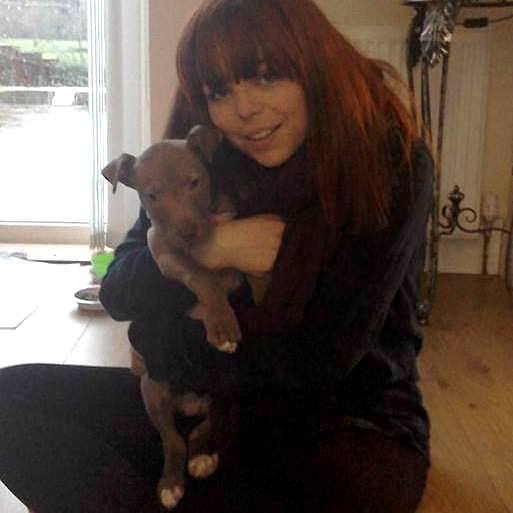 Nevertheless, he was heartlessly abducted from his home; a brief note of explanation left tacked to the door.  Leonard says his family has been told they are not allowed to visit or even know where Hank is being kept.  The dog warden told him there were no complaints about Hank’s behavior, just with his appearance.

Which is blatant discrimination.  Imagine if a certain race of people or religion were (again) made illegal, and people fitting that description were taken away and put to death.  It’s an atrocity.

The family has been “reassured” that Hank is being well-cared for, and that his needs are all being met.

“Hank has a skin condition and he doesn’t have his medication with him, we don’t know where he is or what’s happening to him,” Leonard noted. 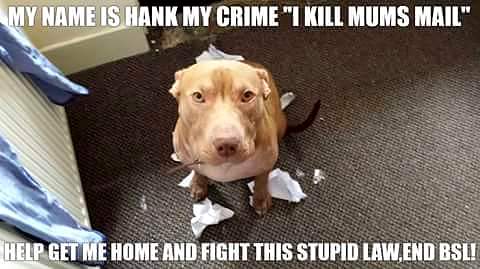 But he and Joanne are fighting tooth and nail to keep him alive.

“When I spoke to the dog warden they said we had two options, either sign him over, which would most likely result in him being put down, or to fight the order through the courts.”

They have created a Facebook page to keep supporters updated, as well as a petition to send to the courts.  Additionally, they have launched a fundraiser to help them pay all the court fees needed to give them the best shot of bringing Hank home.

We will be keeping tabs on the case and bring you updates as we learn them. 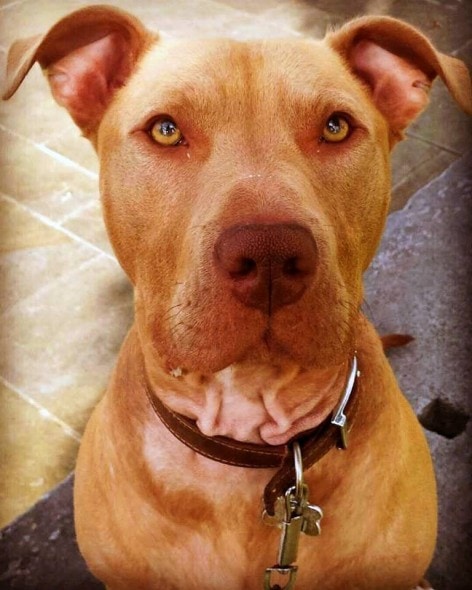