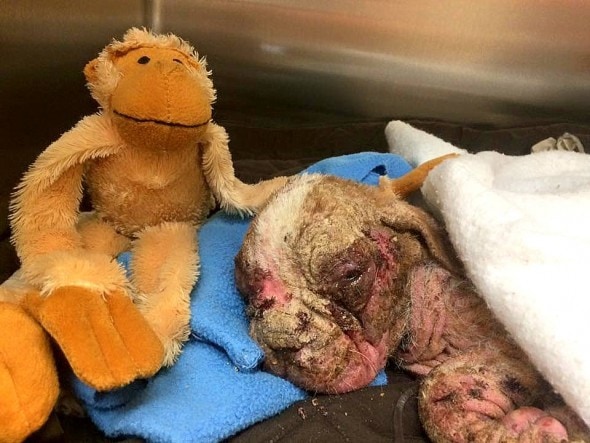 We recently shared with you an update about Libre, the poor, mangy, starving puppy who was on death’s door before he was taken in by Speranza Animal Rescue.  Despite his unmistakably deliberate neglect, the Lancaster County SPCA opted not to press charges against his breeder.  However, the Humane Society of the United States is now investigating.  We also have even better news about little Libre…

According to ABC 27 News, SPCA director Susan Martin said, “it cannot be proven beyond a reasonable doubt that the breeder intended to harm the puppy or willingly neglected to care for him.”

Just hours ago, Speranza founder Janine Guido shared the update.  There wasn’t much to her post, but she said that the HSUS is now conducting an independent investigation of the person responsible for allowing Libre’s health to languish as mange and maggots took over his emaciated little body. 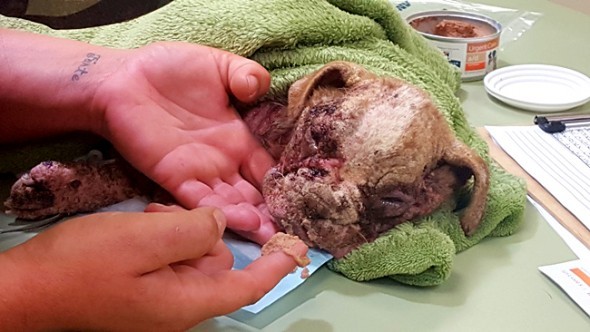 “Dr. Pryor, myself, and others involved are more than willing to testify to help bring justice to Libre,” she said on Facebook.

The puppy, who has been determined to be a Boston terrier, has been steadily improving.  Every step of his recovery has been a milestone – his first time eating food on his own, his first time drinking water himself, and now his first kisses!  Janine was thrilled to be the recipient, and glad she had her phone handy.

We will continue to keep you updated on Libre’s progress.