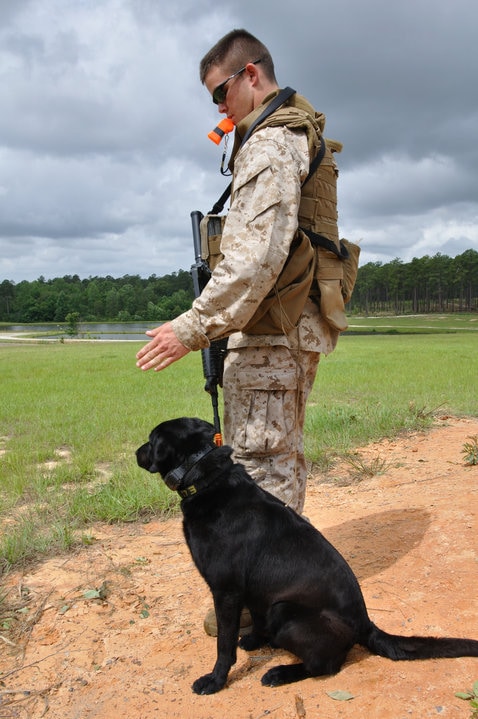 A bomb sniffing dog who rushed to the assistance of his fallen master will be adopted by the family of PFC. Colton Rusk in an unofficial ceremony, according to military officials.

Rusk died in December from gunshot wounds suffered during a battle with Afghanistan’s Taliban fighters. Reports stated that his dog, Eli, rushed to his side and crawled on top of him to try to protect the fatally injured 20-year-old machine gunner.

The Marine’s mother, Kathy Rusk, said the family will gather to accept custody of Eli at Lackland Air Force Base in San Antonio. Eli trained to identify explosives as part of the Military Working Dog program based at Lackland. The Air Force reports that dogs trained to detect improvised bombs have discovered hundreds of thousands of pounds of explosives and weapons in Iraq and Afghanistan. 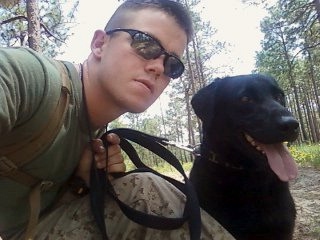 Lt. Josh Diddams, a Marine Corps public affairs officer says it’s impossible to predict how many lives explosive detection dogs have saved, but points out the popularity of the program. “Marines love them,” he said. “They’re amazing at what they do.”

While it is not commonplace for dogs to be discharged from military service after the death of a handler, Rusk’s commander  specifically recommended retirement for Eli.