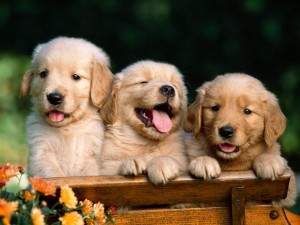 Statistics from a new survey commissioned by the RSPCA reveal that nearly a quarter of the owners (24 per cent) who bought a pure-bred puppy in the past two years based their decision mainly on appearance, while a massive 56 per cent of buyers did not see the puppy with its mother before they bought it. These are two of the biggest pitfalls the RSPCA’s new Get Puppy Smart campaign warns against.

Claire Calder, a senior scientific officer at the RSPCA, said: “Sadly far too many people are living with the consequences of buying a puppy on impulse. A cute puppy can be hard to resist, but the result of not looking beyond the cute-factor can be the tragic death of a much loved pet, hundreds of pounds spent on vet bills or the emotional impact of having to part with a puppy that was simply the wrong choice for your family’s lifestyle.”

The new survey commissioned by the RSPCA suggests the shocking figure that three per cent of puppies bought in the past two years have already died or been put to sleep, and more than a third (36 per cent) had experienced health problems. 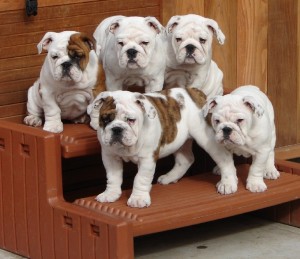 One of those to find out the hard way about the consequences of buying from a rogue breeder is 18-year-old Geena Hebbird, from Essex. After being pressured into buying her American Bulldog puppy Missy, Geena and her partner endured a week-long emotional rollercoaster that left them with nothing but heartache and vet bills of nearly £700 before Missy was finally put to sleep less than a week after they bought her. Geena said she was initially thrilled to find a breeder who would deliver a puppy to her because neither she nor her partner drive and so couldn’t visit to see the dog first.

She said: “Looking back, we were foolish to trust the breeder so readily, but we thought he was a genuine person who was happy to help us out. The reality of the situation instantly became clear when I saw Missy for the first time. She looked ill, her fur was matted with dirt and her body was covered in cuts. It was awful to see her in such a terrible condition. I regret now asking the breeder to come to us because once he arrived I felt bullied into buying her.”

After Milly’s first night in her new home, it became clear to Geena how ill her new dog was and she took her straight to the vet. Despite nearly a week of treatment, Missy’s condition deteriorated even further and Geena and her partner made the sad decision to put her to sleep.

“We had been trying to remain positive and were looking forward to having her home again. We never imagined she would die so young, so when the vet called we were in complete shock. I knew putting her down was the right thing to do, but I was upset that I never had the chance to say goodbye. We are still suffering emotionally and financially from our mistake – I don’t think I could risk going through something similar again,” added Geena. 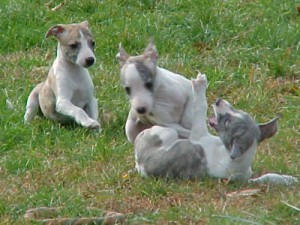 Do your homework to match the right dog with your home, family and lifestyle and that you can afford the long-term costs. Phone ahead before visiting any puppies and know the right questions to ask. Don’t buy a puppy straight away – go home and take time to consider your choice and visit it at least twice. Always choose a puppy based on its likely health and temperament and not just its looks – a healthy puppy is much better than a pretty one. Never be tempted to buy a puppy because you feel sorry for it – another will only be bred to replace it.

35 thoughts on “Poll: One in five puppy buyers no longer have their pet two years later”