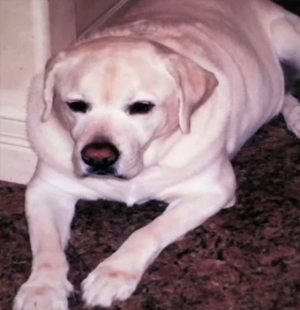 Pets are beloved family members and having one pass away is a devastating moment. Earlier this year, TLC aired a moving one-hour special documenting animal lovers who had the opportunity to bring a deceased dog back into their life.  Now that the procedure to attain an exact clone of a pet dog has become available, the idea that someone can immortalize their furry loved one has become an attainable opportunity – but at a cost.

Beverly Hills cosmetic surgeon George Semel has been keeping his patients supplied with nips, tucks and fillers for forty years. George’s life used to revolve around work, and then he met a malnourished Chihuahua named Bob who changed everything.

What started out as a doctor/patient relationship soon grew into a mutual love that lasted for two and a half years. In the summer of 2011, while on a walk, a Rottweiler attacked Bob, resulting in his immediate death.  Grief stricken, and plagued with guilt, George decided he will do whatever it takes to bring Bob back to life.

Across town, Los Angelino Myra still struggles with the loss of her dog Kabuki, who passed three years ago. Myra keeps his memory alive every way she can – surrounding herself with mementoes of her beloved pet for sentimental reasons. She has managed to save almost half the cash she needs to clone Kabuki, but money isn’t the only obstacle to their reunion. Myra now has a boyfriend in her life, and knowing that a cloned Kabuki would be her top priority, she has to make the tough decision between human love and cloned love.

Edgar and Nina Otto from Boca Raton, Florida will spare no expense to keep their pet’s memory alive. Edgar’s father was one of the founders of NASCAR, and successful business ventures have made the Ottos multi-millionaires. Thanks to their wealth, the Ottos can lavish money on their greatest passion- animals. The best pet they ever had was a golden Labrador retriever named Sir Lancelot. In 2003, the Ottos had a sample of his DNA taken and stored. At the time, a dog had never been successfully cloned, but Edgar and Nina hoped that one day it would be possible.  In November 2008 after Lancelot’s passing from cancer, they were one of the first families to be able to produce a successful clone for the hefty price tag of $155,000.

TLC will air a second installment of I CLONED MY PET with three new compelling pet cloning stories on Monday, May 21stat 10PM ET/PT.