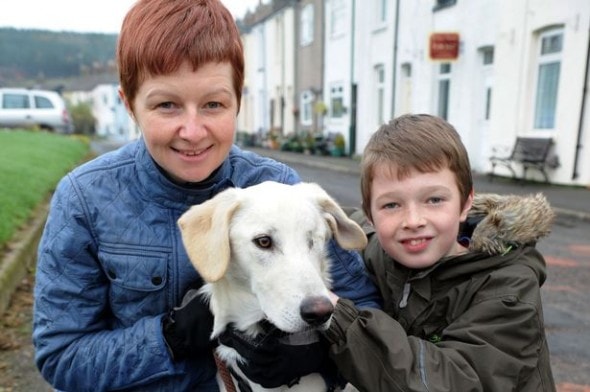 Findlay, the one eyed dog, was in a very bad way as a pup.  Having an awful eye infection and stuck living on the streets of Cyprus isn’t a recipe for good health.  Fast forward to today, and Findlay is one happy-go-lucky dog with the loving family that brought him to his forever home.

A family from Teesside, UK was so moved by the Facebook photo of Findlay on the Cypriot Charity Protecting Animals With-out Shelter (PAWS), she knew she had to act, and fast.

According to Martin, “The situation in Cyprus is quite dire for dogs – many are dumped, poisoned or even shot and there are no laws criminalizing this, so there are so many sad stories. Once I had contacted PAWS they caught the puppies and two adult dogs and put them into a local kennel. We were able to name our puppy and we chose Finlay. He was then given a medical check-up, a series of injections and his bad eye was treated for the infection. The charity then arranged for a home check via their UK network so that we could be fully vetted to ensure Finlay was coming to a good home.” 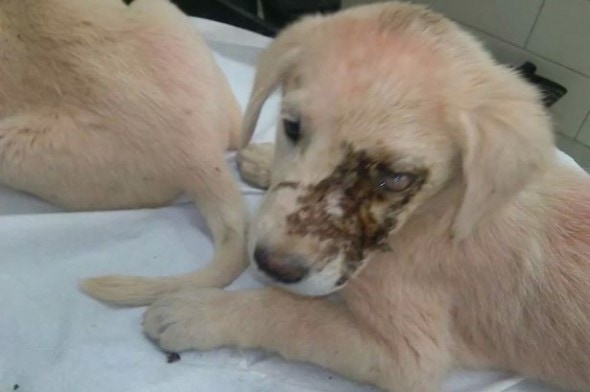 Findlay came over to the Martin family when he was six months old.  He was flown in from Cyprus, was house-trained and quickly became a member of the family.  His eye was still quite infected and was an increasing cause for concern.  Findlay was taken to see Veterinary Lizzie Howitt at White Cross Vets in Coulby Newham.

“When Finlay was treated for the infection in Cyprus, they thought he had some sight left in the eye and could see shadows. However, Finlay was suffering from quite heavy discharge from his eye, blinking a lot and was quite lethargic and quiet. When we checked him over and did a series of reflex tests it was clear that he was totally blind in that eye and that the best thing to do would be to remove it to avoid future problems,” said Howitt.

Findlay’s surgery was a complete success, and he’s made a full recovery.  He is nine months old, and is a happy, bouncy, and playful dog without a care in the world.  And it’s all thanks to Helen Martin and her wonderful family. 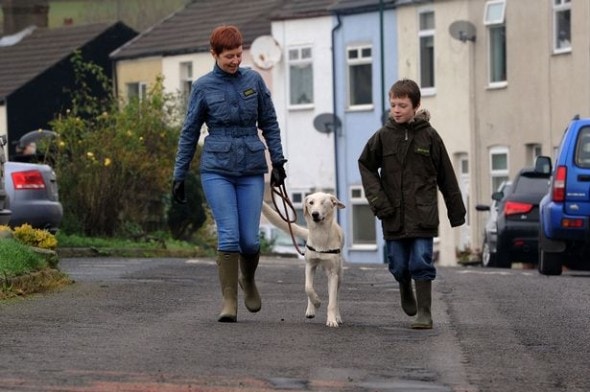