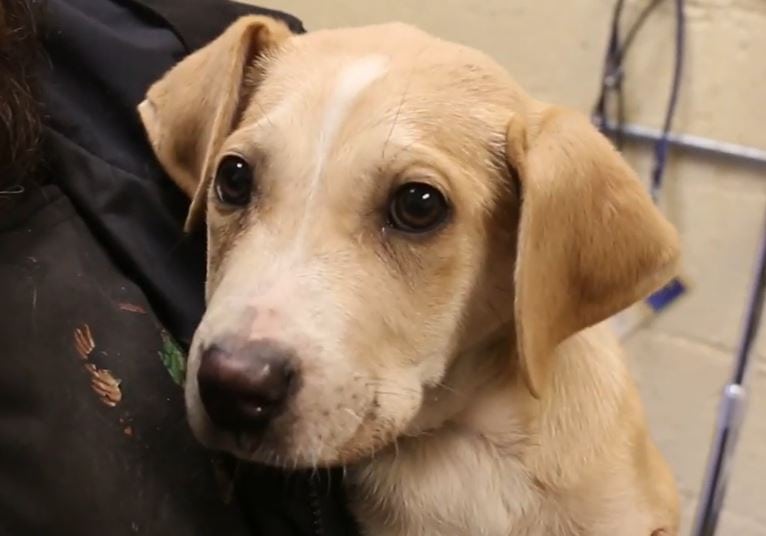 A puppy living alone near an abandoned house in Detroit, Michigan was rescued and has found a good home.

Stewart’s rescue was not the most dramatic one, but it has made all the difference for him.

The Michigan Humane Society, the organization that rescued Stewart, answers many calls in the course of a year for the homeless, abandoned and stray dogs, who are well known to populate run down sections of Detroit and are often found living in or around the city’s many abandoned homes.  As is often the case, Stewart’s plight was called in by a neighborhood resident who wanted to get the puppy some help.

MHS writes about Stewart, saying: “A life on the streets is not an easy one for a puppy. Stewart was never sure when his next meal would be, or where he could find shelter to sleep.

“There are many dangers – other dogs, wild animals, cars, people… so Stewart was understandably a little nervous when two MHS rescue drivers approached him one day.

“They set down a can of food for him, but the still-anxious puppy grabbed it and walked away, trying to hide in the abandoned house nearby.

“Eventually, they were able to pick him up, and he started to wag his tail and lick their faces… like he knew they were there to help.

“Now, Stewart has a bright life ahead of him. He has a new loving family, he will live in a warm house with a soft bed and will always be fed and cared for.” 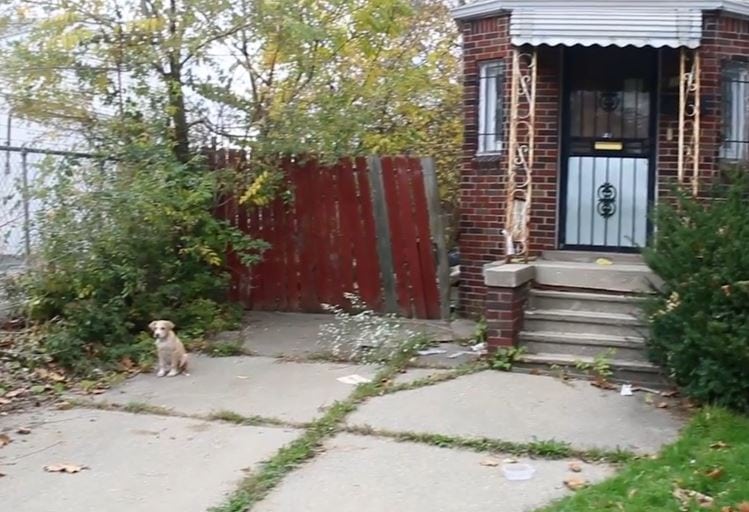 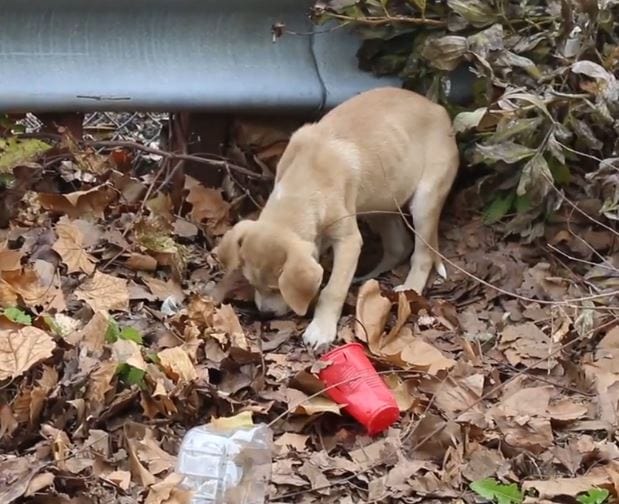 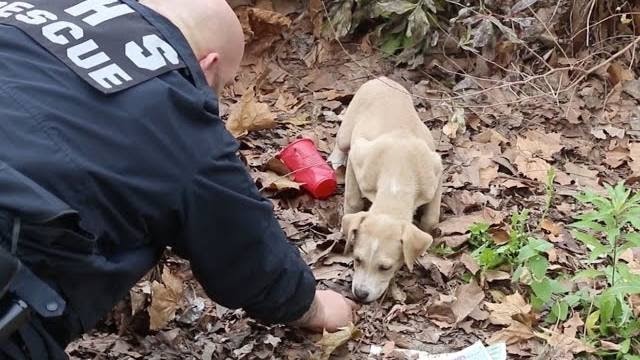 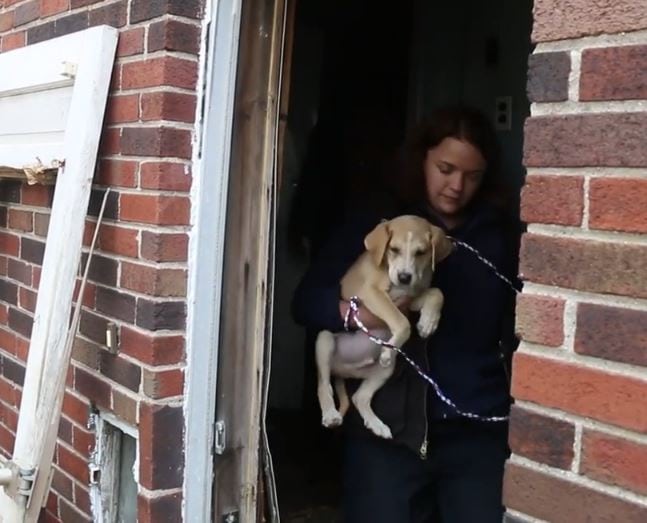