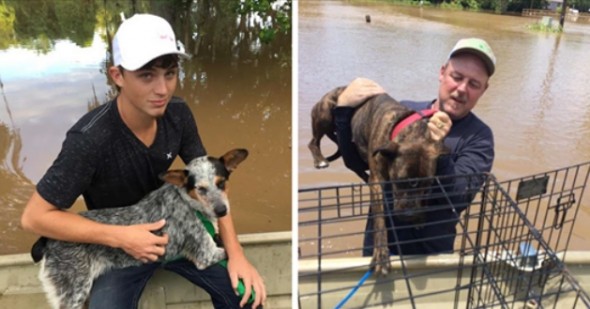 People in Brazoria, Texas may have been warned well ahead of time that there was going to be some flooding, but that doesn’t mean everybody paid attention to the warnings.  However, when the flooding happened, people made a mad dash out of the area, and many dogs were left behind.  Thanks to a father and son rescue team, 40 of the dogs left behind have been saved from disaster. 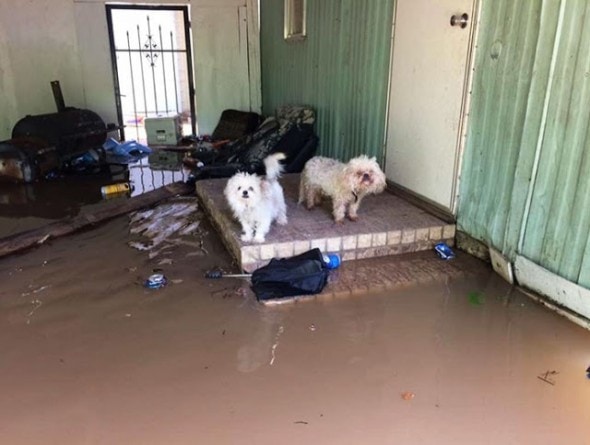 The story was put on the popular social networking site Reddit by the younger brother and son of the rescuers, who goes by the handle “DUSTYHAM”.  According to him, there wasn’t a whole lot of overthinking it about what had to be done.  They grabbed their small motorboat and went into the flooded out areas to help with whatever they could. 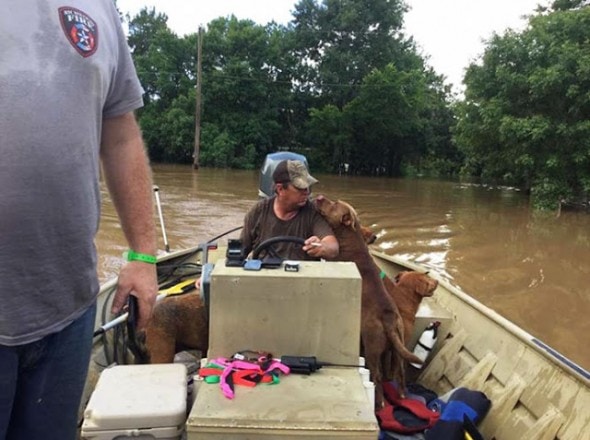 “This was forecasted a week or so in advance, some situations I can understand,” wrote DUSTYHAM. “Not this one.”

Like many other people that got out in time, he just can’t grasp why the rescues were needed if people were warned as far in advance as they were. 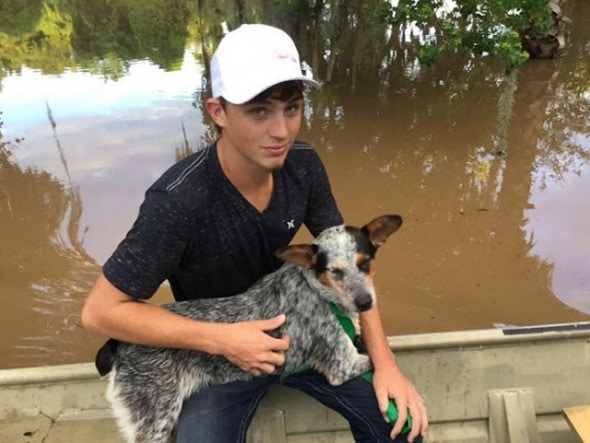 Regardless of the reasons, people had to abandon their dogs and this rescue team wasn’t going to allow a bad situation to become worse.  It was bad enough that people already lost a good deal of their worldly possessions, and they didn’t want people to be losing their dogs as well.  Talk about a dynamic duo! 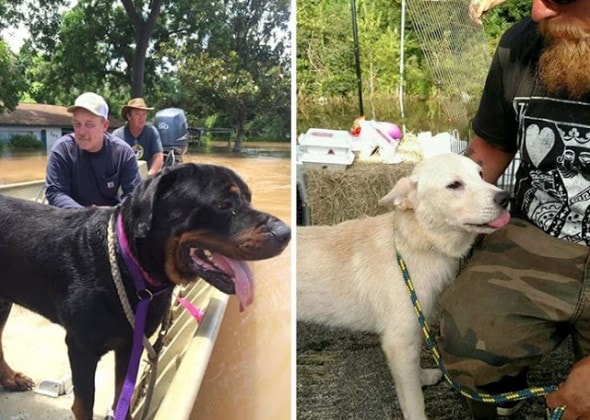