For days, Amber Gebhart, a real state agent from Green Valley, Ariz., tried to rescue a stray female dog and her 6-month-old puppy from a harsh life on the street. The agent had been following the malnourished homeless dog and knew the pet an her offspring were surviving on scraps they begged from constructions workers, but Gebhart wanted to offer them a better life. 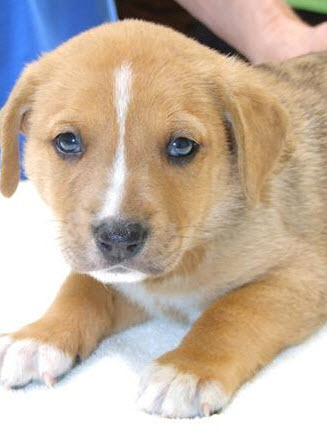 The concerned citizen is very passionate for animals and has been rescuing pets in need since she was a child herself. However, this rescue proved very difficult. She tried capturing the mother dog and puppy, but they always eluded her.

Gebhart learned the 6-month-old puppy wasn’t the only baby the stray momma had. The starving canine had recently given birth to a litter but the rescuer had no idea where the newborns were located.

The real state agent enlisted the help of her own daughter, and together, they followed the stray mother to a desert area until they learned the location of the puppies.

“I let out a scream and they all came running out and I snapped a picture of them,” Gebhart told News 4 Tucson.

While the puppies scrambled, the rescuer grabbed two of them, but the rest went back inside the then. This is when the animal lover contacted Rural Metro firefighters at Station 79 for their help.

Within minutes, fire rescuers arrived and rescued the momma dog and the remaining four puppies.

All eight dogs are being cared for by the Animal League of Green Valley. Anyone interested in adopting one of the puppies should contact the rescue organization.