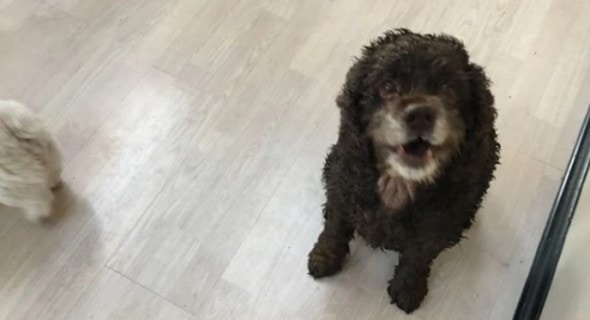 A small, black cocker spaniel called Sam is one lucky dog.  The poor guy is deaf and blind, and managed to get himself stuck at the bottom of a forty-foot deep well.  Lucky for him, some firefighters worked very hear, and were able to safely rescue him.

The incident took place in Calvert County in southern Maryland.  The call went out to local fire crews, and when they got there, Sam was stuck at the bottom.  Apparently, some workers were repairing some underground lines, and the well was opened up for access.  Sam must not have known it was open, and fell right in.

The property owner did try to rescue Sam before the firefighters arrived.  They managed to get a ladder lowered down to him, and he was able to at least get up out of the standing water at the bottom. 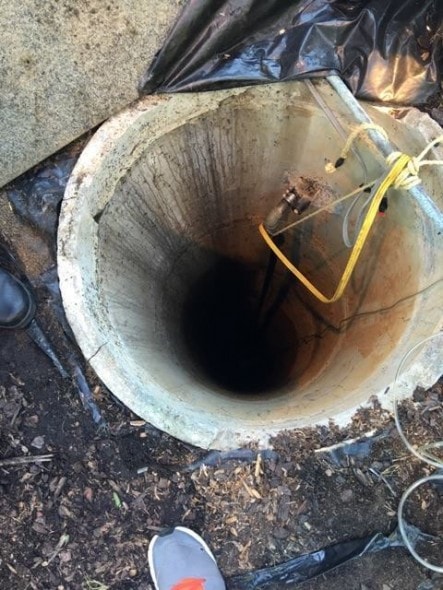 “He managed to hold himself up on the ladder and the side of the wall and stay out of the water,” said Deputy Chief Jason Sharpe.

Once on scene, the firefighters got to work right away.  Using one of their rescue buckets and a system of ropes, one of the men went down into the well, and finally pulled him out.  The rescuers seemed to be very well versed on handling the situation even though according to them, this isn’t a very usual call.

“Very rarely do we get calls like this,” said Sharpe.  “He fell 40 feet and was okay.  It could have been worse.” 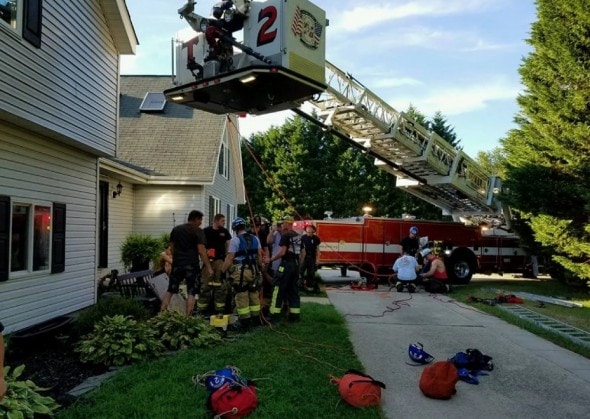