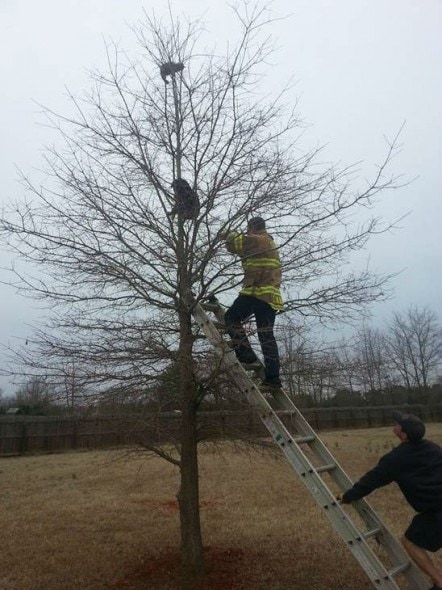 A dog named Bella found herself in an embarrassing and unfortunate position last month when she became stuck in a tree. Bella had been chasing a cat and had to be rescued by firefighters.

Bella was having fun chasing a cat like many other dogs when she followed the cat up a tree. Unfortunately once in the tree Bella was unable to get down. She was stuck in the tree for an hour and a half until her owner could get firefighters on the scene to bring her down safely.

Bella was uninjured, though her owner says the incident was a bit of a blow to Bella’s ego.

2 thoughts on “Firefighters Rescue Dog Stuck in a Tree”