A golden retriever called Romeo was pulled from a massive heap of debris left in the wake of the earthquakes that struck central Italy recently.  While the rescue of the dog and the fact that he was completely unharmed were awesome enough, the fact that he survived for nine days with no food or water under that mountain of detritus is truly amazing.

At first, Romeo seemed a bit dazed as the rescue workers trying to free him finally pulled him out.  However, he quickly recognized the fact that he was free and safe and sound, and began to wag his tail and sniff around. 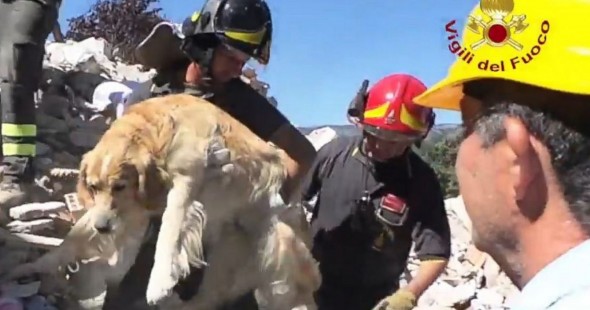 According to the firefighters, they were taking residents of the building back to the site to grab any personal belongings that they safely could.  It was then that the barking from Romeo was heard, and the rescue started.  They quickly got to where he was and dug him out.  Everyone was astonished to see that Romeo was physically unharmed in all of the destruction. 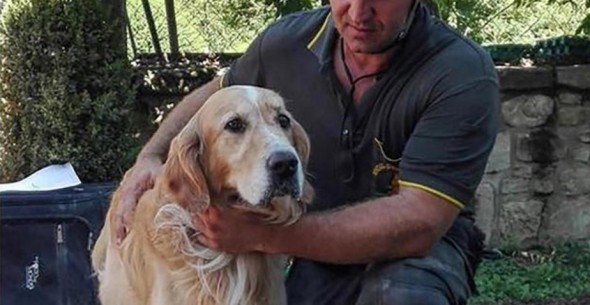 The quakes hit back on the 24th of August, and so far have pretty much flattened three towns.  There have been 300 deaths reported, hundreds more injuries and many people have been left with either no homes at all, or homes that are not in any form of habitable condition. 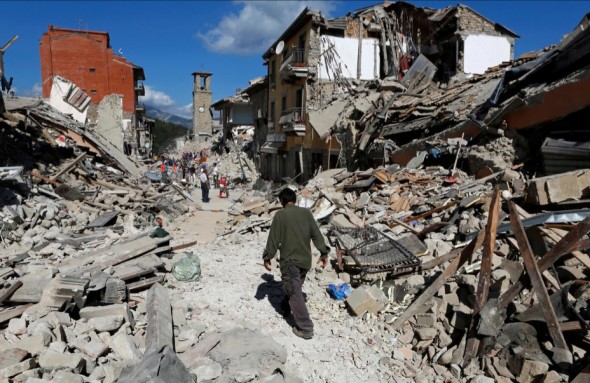 Hopefully, Romeo’s rescue and the fact that he was physically unharmed in the ordeal is a sign that better things are in this area’s future.  Our thoughts and prayers got out to all of those affected by this natural disaster, and hope that in time they can rebuild and move on. 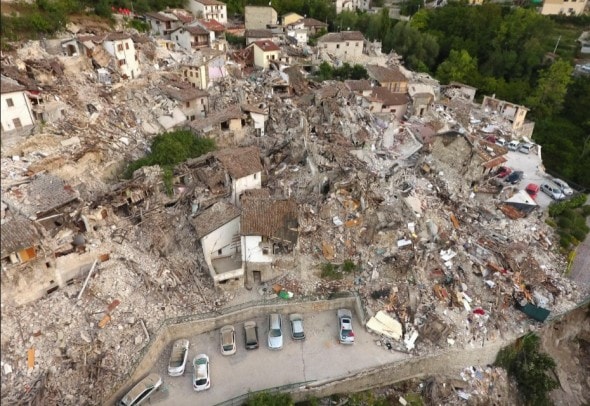