Luis Antonio Caballero is a groomer, and a whole lot more.  Recently, someone caught the man from Argentina while he was doing his job, but that wasn’t all he was doing.  He was dancing with the dog, which is apparently just something that Caballero loves to do with the dogs he works with.

Caballero runs PetShop Perrito Feliz in Buenos Aires with his wife Gabriela.  Aside from his love of dogs, Caballero also has a love for music.  When the song Love Shack by the popular American rock band The B-52’s came on while he was working, he just couldn’t control himself.  He had to dance.

While this was going on, his wife had walked out of the room to make some tea.  When she came back, she saw her husband getting’ down with his bad self.  The video has totally gone viral, with over 1.5 million views at the time this was written. 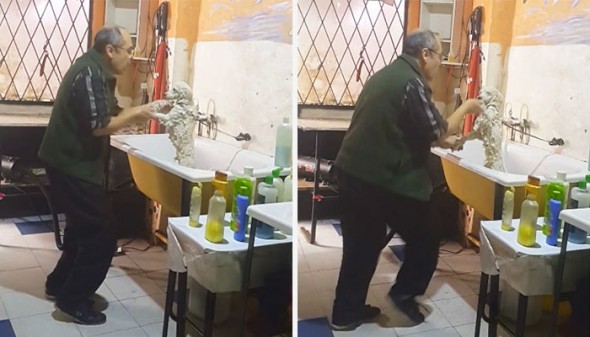