Florida firefighters are credited with saving the life of a German Shepherd found unconscious in a burning home Saturday.

Ormond Beach firefighters carried the dog, Koda, out of the blaze at the Sanchez Avenue home. They laid him down in the front yard and while neighbors watched, his limp body began to move and draw breath. In ten minutes he was back on his feet.

The owners weren’t home at the time, and firefighters also rescued a pet turtle from the fire. 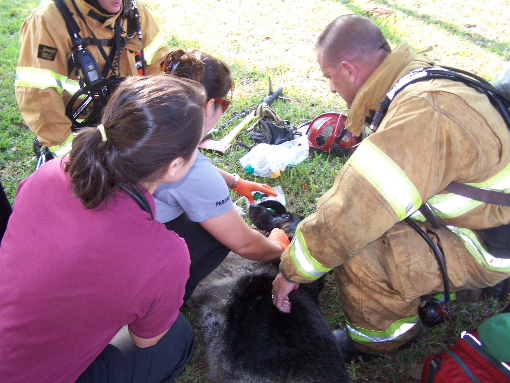 Koda visited an emergency vet after he was rescued, but the firefighters say the fact that he was standing on his own so quickly was a good sign.
.