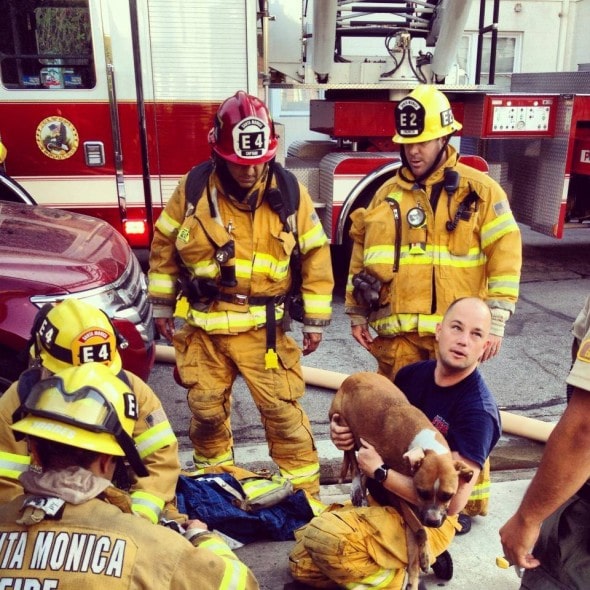 A dog named Stella is alive and well thanks to the Santa Monica firefighters that refuse to give up on the dog they pulled from a burning apartment building.

On Saturday morning firefighters responded to a fire at an apartment building in Santa Monica, California. As they searched the five-unit building they came across a female boxer behind a mattress.

“If you walked in there and looked at it the first time through you wouldn’t see it,” said Captain Jeff Furrows, “But she was obviously trying to get away that’s what her instincts told her to do.”

Firefighters brought the unconscious Stella to safety and then spent 15 minutes using a pet oxygen mask to revive her. A crowd gathered and watched as firefighters worked to save her and when she came around a loud cheer and applause came from the crowd.

Stella was taken to a local animal hospital to recover.