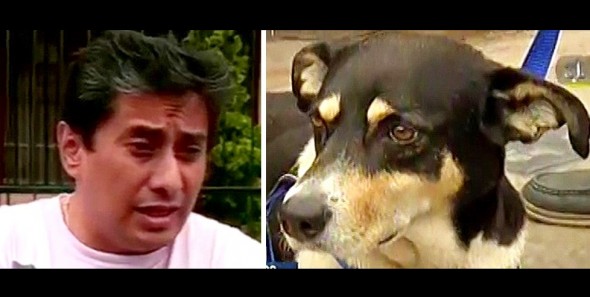 A volunteer firefighter in Peru tied a stray dog to the back of his vehicle and dragged it through the streets to teach him a lesson for allegedly biting his son.  Fortunately, locals were outraged and barricaded his car and got the dog to a veterinarian.

Five-year-old Paco suffered four broken legs and lost all the pads on his feet as he struggled to keep up with the SUV he was tied to as it sped through the streets of Salamanca de Monterrico in Peru.  He had also been kicked several times before being tethered to the car.

Jose Percy Chiroque Chacon told the questioning police that he was punishing the dog for biting his son.  He said he grabbed the dog and tied it up before heading off around town.

Residents saw the tormented dog and blocked off Chacon’s vehicle, forcing him to stop.  They detached Paco and took him to an animal hospital.  Vets said all his pads were scraped off and he lost several claws. 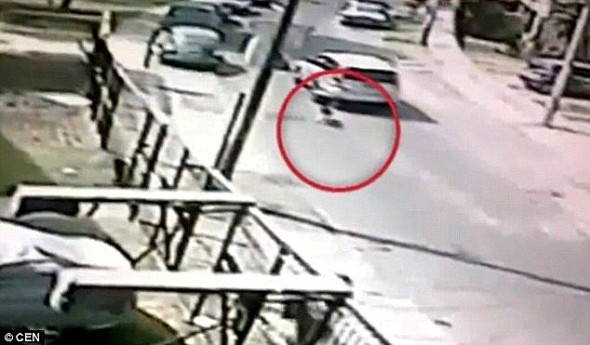 Locals are outraged and say that Paco is a beloved member of the community and has never bitten anyone.

“Everybody around here knows Paco,” one neighbor explained.  “He is really friendly and that’s why he gets fed a lot and hangs around.  Nobody has ever heard of him biting anybody and we very much doubt he bit the man’s son.”

An animal protection law was passed in Peru in 2000, but it is unclear if charges are being brought against Chacon.  However, General Commander Gonzalo Lostaunau Silva of the Volunteer Fire Department of Peru said the man’s actions do not represent the oath their firefighters take and go against the values for which they stand.  He will no longer be working for them.

Hopefully Paco will be well-cared for a recover. 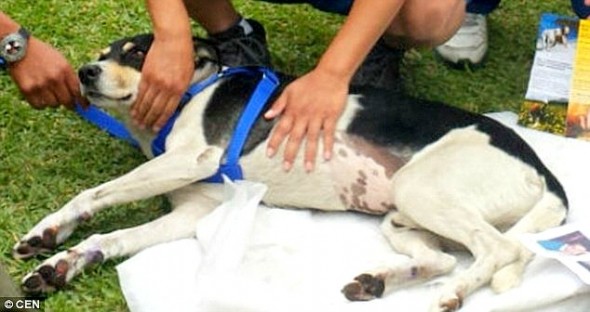