A dog being pulled from a well is nothing new.  Sadly, dogs fall down wells all the time.  But this story is really special, because the dog who was trapped helped herself get out by holding onto the rope with her teeth as she was pulled to safety.  It took nine valiant tries, but finally she was saved. 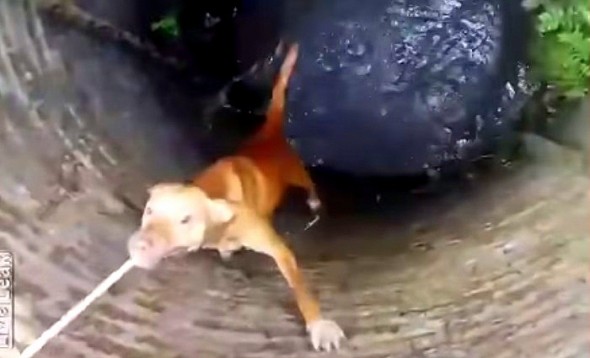 It is unknown where or when this rescue took place, but what is known is that this dog and her saviors have an amazing amount of perseverance.  The dog grabbed onto the rope and was pulled nearly to the top several times, but each time let go of the rope just before making it out. 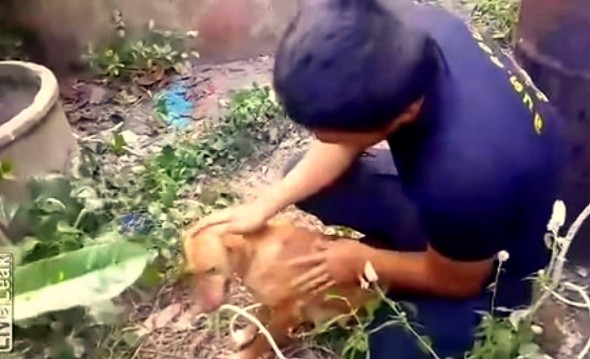 The man continued to throw the thin rope down, sure that one of their attempts would be successful.  The poor girl was doubtlessly exhausted, but she endured until at last, on the ninth try, she was pulled near enough to the top for the man to grab her by the scruff and haul her out.  Afterwards, the man pet her, and she looked at her hero adoringly.

141 thoughts on “Most Amazing Rescue of Dog from Well”