Ophelia, a female pit bull from Monroeville, Pa., is getting the medical help she needs thanks to a group of emergency medical service (EMS) men who responded to a 911 call and didn’t hesitate to help even after realizing the victim was not a person but a dog. 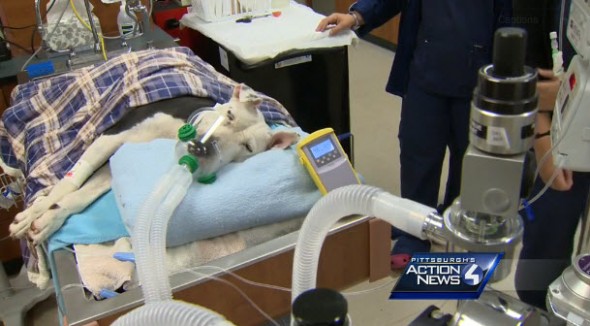 The dog found herself stranded or abandoned on the Parkway East overpass near Old William Penn Highway. The woman who called authorities for help spotted the dog on the overpass and tried to rescue the dog, but the pet got spooked and jumped off the bridge landing 200 feet below.

The fall left the dog with extensive injuries – internal bleeding and broken bones – and when the hero EMSs arrived on the scene, they knew they couldn’t turn their backs on the dog. 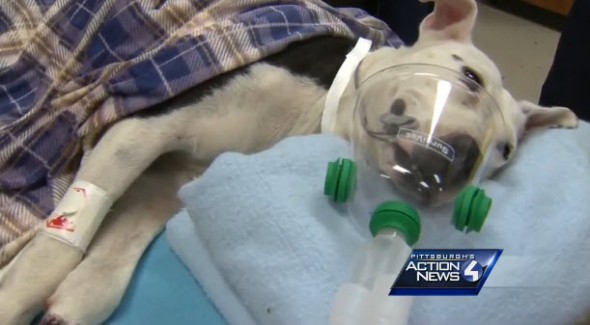 The men rushed the young pooch to AVETS, a veterinary clinic in Monroeville, and paid the initial vet bill with their own money, $700. After veterinarians examined the pet, they determined Ophelia will require extensive surgeries and her medical bill is estimated to reach $8,000 to $10,000. 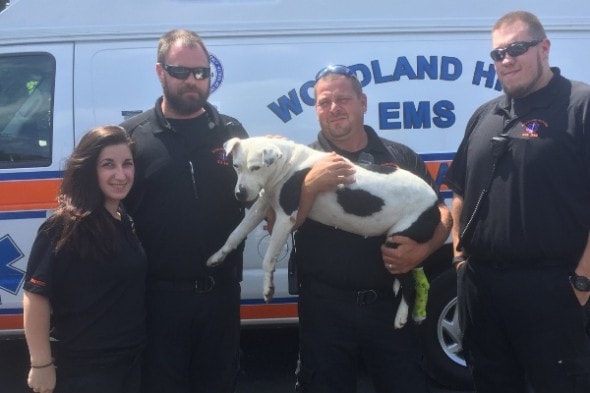 Thanks to a YouFundMe page more than $10,000 has been collected to help the dog. Ophelia has received the first of many surgeries.

The dog was wearing a pink collar when found, but unfortunately, she did not have any ID tags or a microchip. Authorities and vets hope her owners come forward to claim her, but if they don’t, once she is healthy she will be made available for adoption.

Lucky for Ophelia, plenty of animal lovers are willing to adopt her, including one of the EMSs that saved her life.