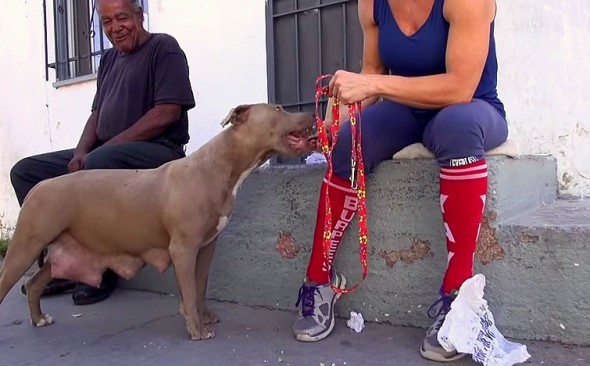 Hope for Paws was called about a pit bull who had given birth under a house.  The rescue was difficult, but she and all of her puppies were rescued.  What’s even better is that they were all adopted – mama, too!

Claudia Perez joined Eldad Hagar and Lisa Chiarelli to save them.  Unlike most of the dogs they rescue, mama came right to them.  She ate out of their hands, and was easily looped by the Lucky Leash.  Lisa decided to call her Sansa. 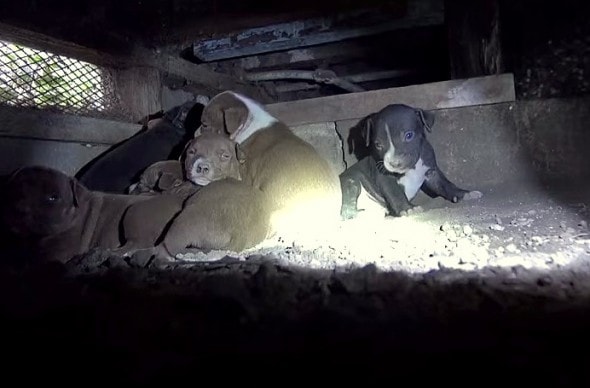 Once Sansa was safe, the puppies had to be extracted from beneath the house.  And of course, they were in a far corner.  Eldad crawled under, and one by one, handed them to Lisa.

Some of them started scampering off before Eldad could reach them, but he made sure he got them all, and spent an additional 10 minutes searching for any they didn’t see at first glance. 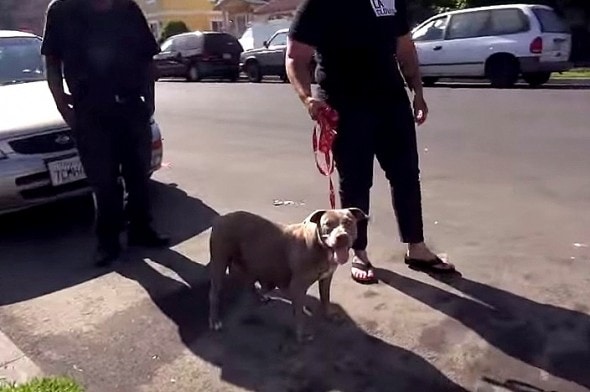 Sansa looked on happily as her babies were loaded into a crate and put in the vehicle.  An hour after the rescue, some volunteers with Bullies and Buddies met up with the crew to take Sansa and pups to a foster family.

When they were old enough to be weaned, all of the puppies were quickly adopted.  Soon after, Sansa was also adopted.  Happy endings all around!