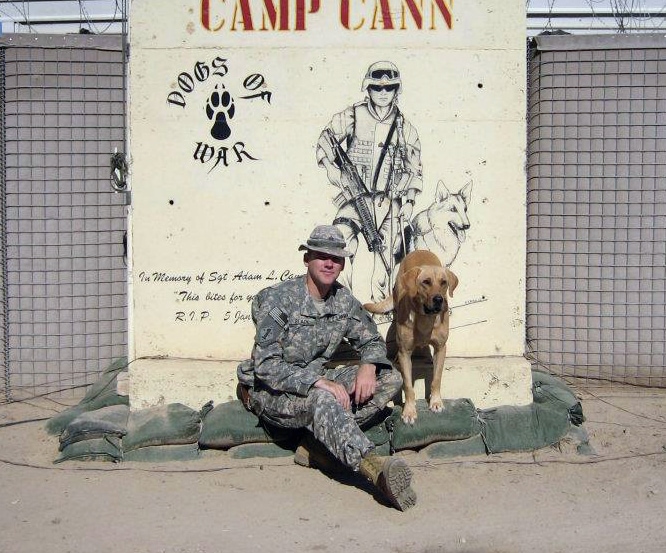 KANSAS CITY, Mo. — There are few bonds as strong as a man and his dog, and when the two go through combat together, the bond grows even stronger.

That’s why former soldier Logan Black is desperately trying to get his service dog, Diego, back. Logan says both he and Diego have P.T.S.D., and Logan feels the best way to help both of them is to lean on each other.

“When I had him, his P.T.S.D. would manifest in uncontrollable shakes, and hyperventillating,” Black explained. ”I was always able to get him keyed back up and playing because our bond was that strong.”

In 2007, Logan decided to leave the military, which meant leaving Diego.

“Leaving Diego behind, though, was probably the hardest thing I’ve ever done,” he said tearfully. “Leaving a best friend who had saved my life multiple times over in Iraq.”

In 2008, Diego was declared mission-incapable due to his P.T.S.D. “He was too afraid of loud noises, and was sold to the T.S.A.,” Black said. Since then, Diego’s whereabouts have been a mystery.

Logan desperately wants his comrade to be back in his care to help them both recover from emotional scars of war.

“I think he’s done his service,” Black stated. ”They have hundreds of dogs that can do this job, I have one dog that I need in my life.”