A dog who was found wandering along the side of a busy highway has repaid his adoptive family and then some:  in March, an electrical fire broke out in a home where nine children lay sleeping.  Capone raised the alarm a full two minutes before the smoke alarm went off, giving everyone a chance to get out safely.  He’s now been nominated for the American Humane Hero Dog Awards.

Capone was only about a year old when he was dumped on the side of the road, where he was found by trucker Isaac Fuller.  The Min Pin, Chihuahua and whippet mix was brought to his Des Moines, Iowa home to his family, where he was doted on by Isaac’s wife, Angela, and their children.

He’s been with the family for over a year, and it’s a good thing, too:  at approximately 1:30 am on March 15th, Capone began frantically barking. 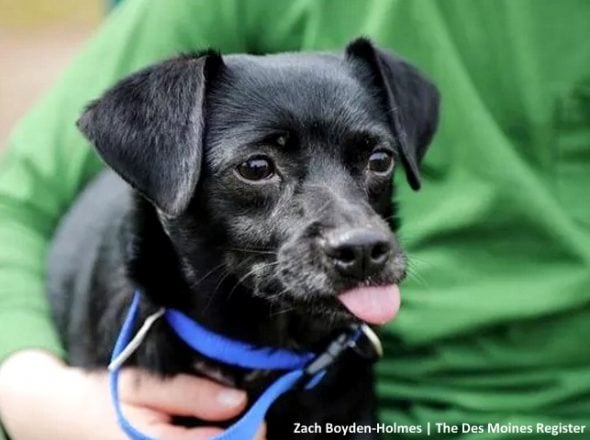 But he wouldn’t.  She called for him to come to her, and he wouldn’t do that, either.  She says he always comes when called, so she knew something was terribly wrong.  She followed the barking into the kitchen, and saw that the plug for the microwave, which she had used only moments prior, was on fire.

Though the fire was small, Angela knew better than to try to contain it with water, so she abandoned it to get her family out.  She scooped up 5-month-old Atreyu and 20-month-old Mordecai, and called for her 12-year-old son, Landon, to help her get the rest of the kids out.  As most of them were walking out the door, the smoke detector finally activated, but by that time, flames were already licking the ceiling.

Along with Capone and the three sons already mentioned, Alexander, 10, Jadzia, 9, Ronan, 7, Inara, 6, Mezoti, 5, and Khaleesi, 3, made it outside completely safely.

The recent college graduate and her family lost everything in the fire, but had their lives thanks to Capone.  They stayed in a hotel room until a couple of apartments could be found to accommodate everyone.  Clothing and other basic household items were donated to them.

Poor Capone couldn’t stay with them at first, and was so upset by the separation from his family that he wouldn’t eat for three days.  When he was reunited with them, he wouldn’t leave the baby’s side during the day, and slept at Alexander’s feet at night. 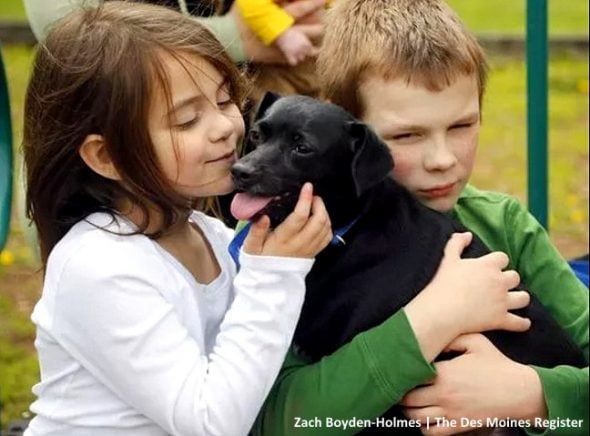 The Fullmers have just purchased a five-bedroom home with a big, fenced-in yard for Capone to have full run of, and should be moved in by the end of this month.

Angela entered Capone into the American Humane Hero Dog Awards for his heroism.  The first round of voting is closed, and semifinalists will be announced on May 17th.  There will later be a two-hour special on the Hallmark Channel where the final eight dogs will compete for a $5,000 prize to go to charity.

But regardless of whether or not he wins, he’s already a winner at the Fullmer house, and his prize is his beloved family.

“I’m glad we found him on the highway,” Angela stated. “I believe it was supposed to happen.” 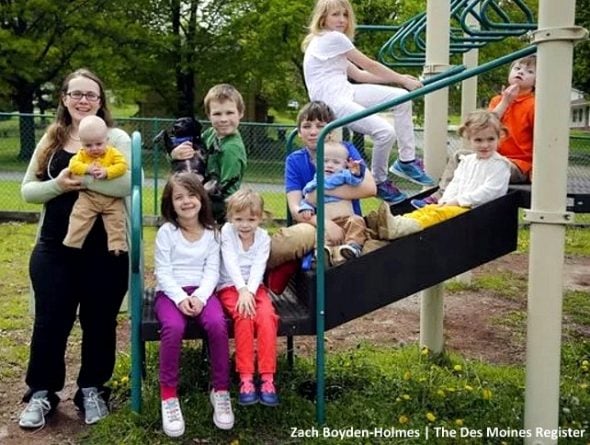