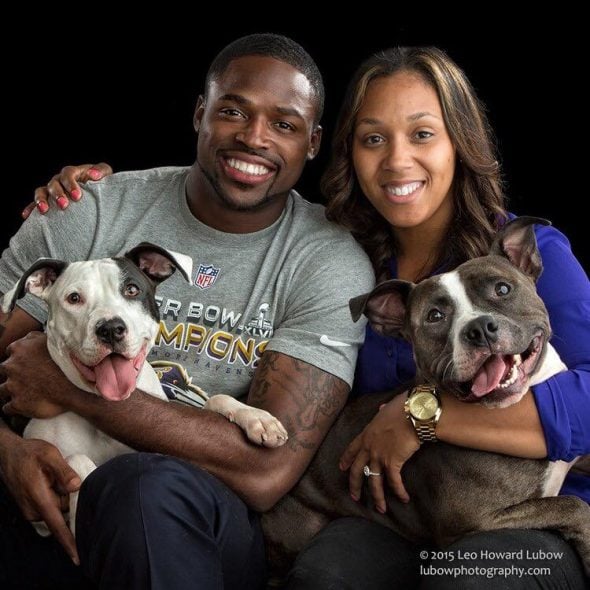 Torrey Smith may be going to play for the Philadelphia Eagles this upcoming NFL season, but that doesn’t mean he’s forgetting about his roots in Maryland.  He went to school at the University of Maryland and played for the Baltimore Ravens, but he’s also been a big adoption advocate and is well known to the good folks at the Baltimore Animal Rescue and Care Shelter (BARCS).

This past weekend, BARCS had its Pawject Runway show, an adoption event aimed to not just getting money for the shelter, but to get adoptions also.  Smith and his wife were there taking part in the festivities, and that’s when he made the announcement.  Along with making a sizable donation to the shelter, Smith and his wife covered the adoption fees for all 46 dogs and cats at the shelter as well.

“Last night at the conclusion of the runway show, Torrey took to the mic to address the crowd. Each year he reminds us all what this glamorous and grand event is all about—raising money and awareness for Baltimore’s homeless, neglected and abused animals. It’s safe to say that Torrey’s spirited and full-of-heart conclusion to the show is always a crowd-favorite moment.”

“This year, Torrey surprised us all with a special announcement. He explained that before the show, he and his wife Chanel were discussing what more they could do for all the homeless animals they spent time with backstage. They wanted to make sure that every single one of them had an adoption application by the end of the night. Torrey and Chanel decided that they would cover the adoption fees for every single cat and dog at Pawject Runway—46 animals, wow!”

“The Smith family went above and beyond, making an extra donation on top of each animals’ adoption fees. It was the best finale we could ask for.”

“Thank you, Torrey and Chanel, for always looking out for Baltimore’s homeless dogs and cats and having such a big heart for our city.”

“Tomorrow, we will announce the total amount raised at Pawject Runway. As for today, everyone get some much-needed rest, and thank you all for making the 5th Annual Pawject Runway a lifesaving success.”