A total of forty-six dogs, all of whom were destined to become someone’s dinner in South Korea, have instead been rescued and flown into New York.  According to the Humane Society International, all of the dogs were living on a farm there, and the conditions these poor creatures were being kept in were just awful.  Hopefully, they can have better lives here. 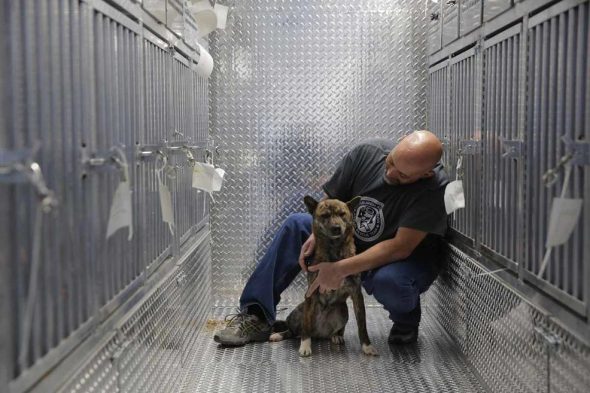 The dogs came into the US on Saturday.  On Sunday, they were all split up and taken to emergency shelters in New York, Maryland, and Pennsylvania.  Kelly O’Meara, whom oversees the Humane Society International’s companion animal program, said the rescue of these dogs couldn’t have happened for them at a better time. 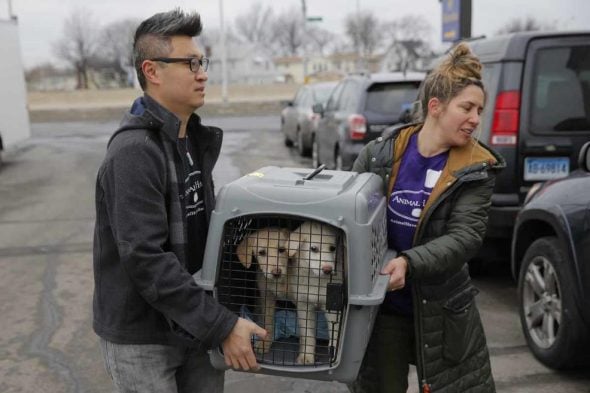 “It (the farm in South Korea) was more like a dungeon, where there’s very little light, little to no ventilation, so the stench of ammonia would bring tears to your eyes when you walk through,” said O’Meara.  “You’d see eyes peering at you, but it was hard to actually see the dogs themselves in the dark.” 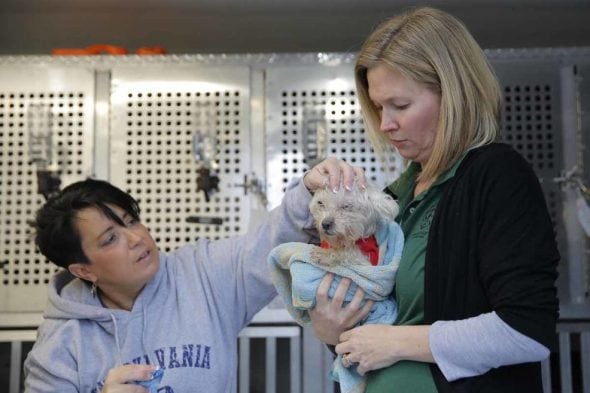 If you have read anything we’ve posted on the dog meat trade in some countries, then you know just how terrifying the situation can be for these dogs.  This may only be forty-six of the countless other dogs stuck in this terrible situation, but it’s a very good start, and the more dogs that get rescued, the more awareness of this there will be.  Hopefully, it also finally brings about an end to the barbaric practice. 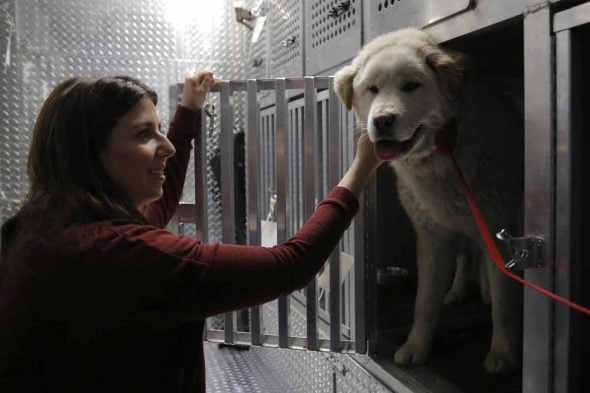 All of the dogs will have a medical evaluation done once they are settled in shelters.  After that, they will be available for adoption to good families.  The Humane Society International says that they will continue their efforts all over the world to end the dog meat trade.  If you would like to make a donation to the cause, click here for more information. 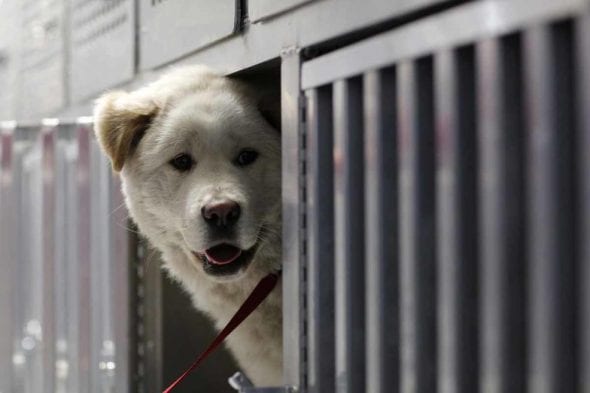