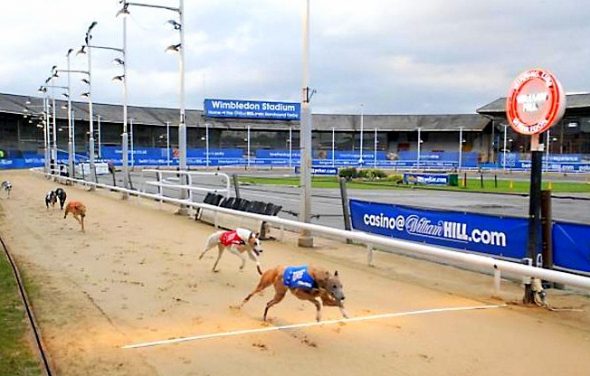 As light has been shed on the cruel world of greyhound racing, more people are boycotting, and as a result, more of the racetracks are banning the “sport.”  England is well known for the tradition of racing these streamlined dogs, but now those days are done in the capital.

Wimbledon Stadium has been a gambling hub for generations, but after 90 years in business held its last greyhound race on Saturday night.  The arena will be destroyed to make way for housing, a new football (soccer) stadium, and a shopping center. 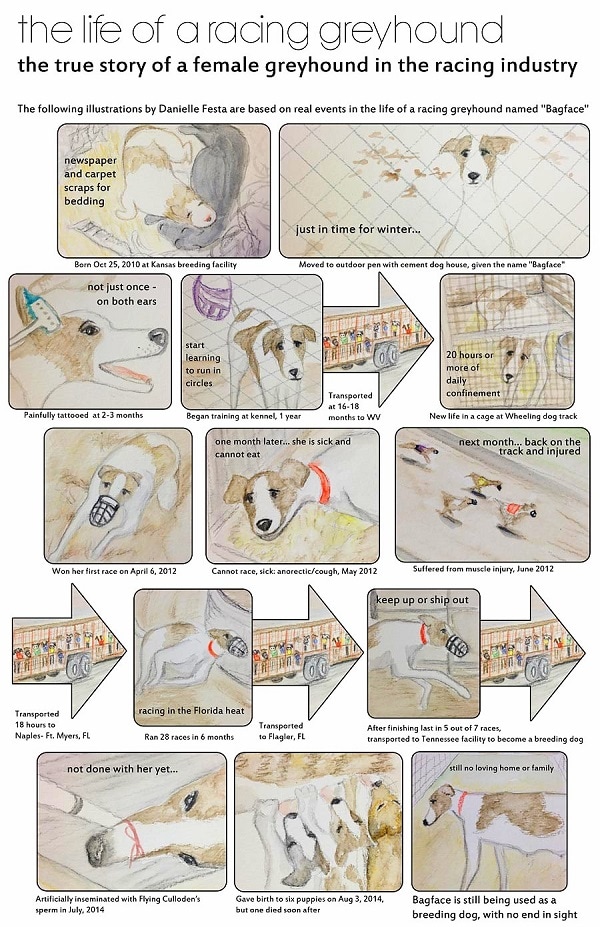 Many people don’t see this as a victory, because they either don’t understand the abuse that takes place behind the scenes, or they simply don’t care because these are “just animals.”  Greyhounds are forced to endure grueling training, which in and of itself can be abusive, and usually live in tiny kennels.  They are often made to run while injured, and if they can’t win, females are turned into breeding machines.  Once dogs are retired or no longer useful for breeding, they’re killed. 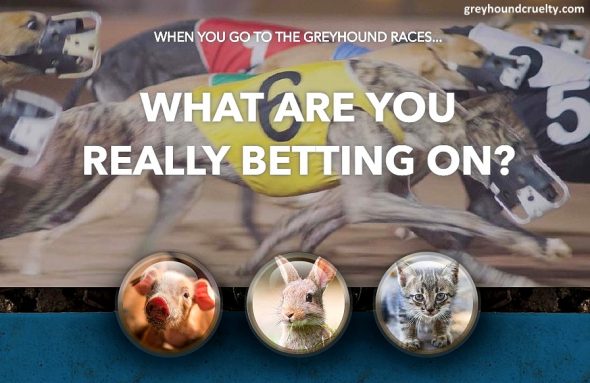 Live baiting has been outlawed in many places, but that doesn’t stop trainers from continuing their torturous practices. According to greyhoundcruelty.com, kittens, piglets, rabbits, and possums are “tied to lures, flung around racetracks at breakneck speeds, and then mauled to death.  Some animals who survived their first attack were re-used multiple times…” 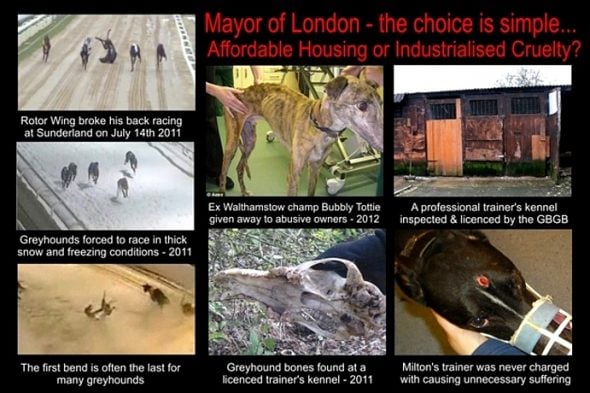 Every time people bet on dogs, they’re spurring on this brutality.  Fortunately, many people refuse to stand idly by while atrocities happen and have petitioned venues and local politicians, such as London’s mayor, Sadiq Khan, to cease and desist greyhound racing and fox hunting, two of England’s favorite national pastimes.  London alone once had 28 racetracks, and now there are only 24 left in the whole country.  Hopefully someday they’ll all be gone, and people will just stick to cricket and footie. 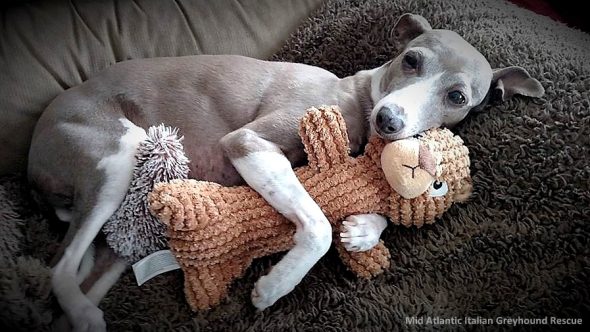