In Monrovia, California a small dog named Jules is being labeled a big hero.  Three bears had wandered into the front yard of the dog’s family home, and to protect them, Jules scared them off.

The whole thing is caught on the family’s home security cameras.  Two of the three bears come into view, and even though Jules was outnumbered, she knew she had to protect her family anyway. 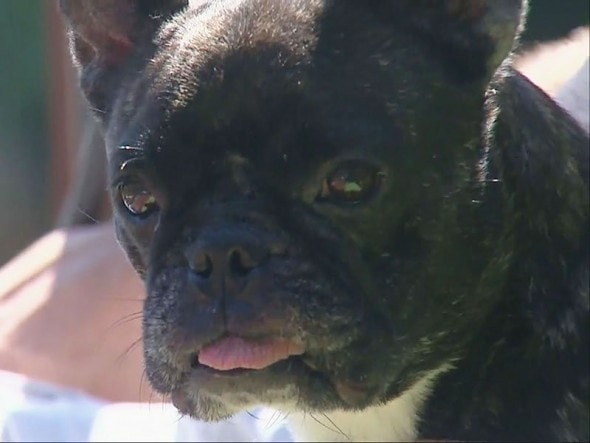 Jules defended her turf against the invading bears.  Her heroic actions were rewarded with a nice warm bath and a nice big treat by her humans.

David Hernandez, Jules’ human dad said, “She blew me away, couldn’t believe that she turned into a Wolverine.”