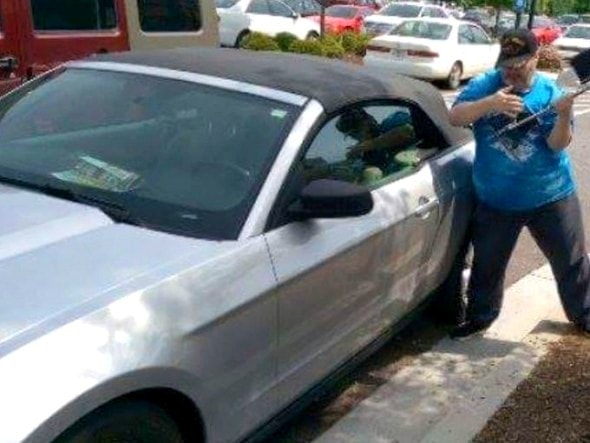 A few days ago we told you about a Desert Storm veteran (original story here) who was arrested for breaking the window of a car in Georgia where a tiny dog was panting to death.  Now the community members of Athens, including a pair of pet supply store owners, are rallying around Michael Hammons and chipping in for his family’s costs, as well as working to change the law so such heroes will be better protected.

Hammons was at a shopping center in the Athens area when he heard about a dog who was left in a quickly heating car in the lot.  He sprang into action, locating the car and tearing off a leg from his wife’s wheelchair to bash in a window.

Unbeknownst to Hammons, the police were already on their way, but the little dog may have already overheated by the time they got there.  Though Georgia law does not allow for someone to break a window to save a pet’s life in this kind of situation, police had no intention of arresting him for doing what they likely would have done upon their arrival. 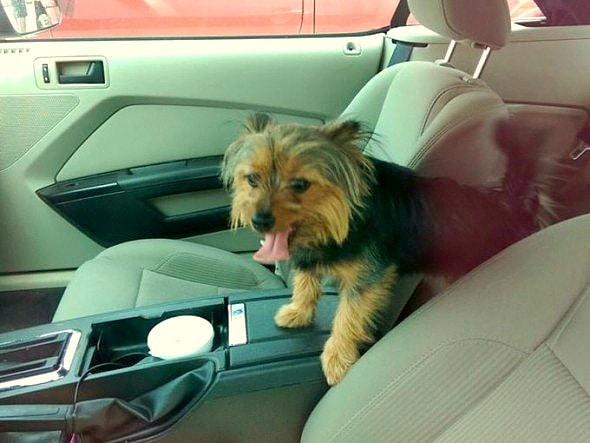 However, the derelict dog owner demanded his arrest.  She balked and claimed she had only been away for a few minutes and that the windows were cracked.  However, they don’t look open in photos, and in the 80-degree weather, even a few minutes can be a death sentence.  That temperature can escalate quickly to 115 or higher inside a vehicle.

He saved the dog’s life, and became a hero in the eyes of not only locals, but animal lovers worldwide.   Pets Supplies Plus owners Shannon and Mark Martin were especially touched.  They say they’ve had to break a few doors and windows to save animals, and were able to save around 8,000 animals after Hurricane Katrina struck.

The Martins have offered to help cover the costs of anything the family needs because of Hammon’s arrest.  They’re not the only ones to step up to the plate; an attorney has offered his legal services pro bono, and a nearby Ford dealership has offered to replace the dog owner’s car window.  But Mark and others are hoping that even more good can come from this incident. 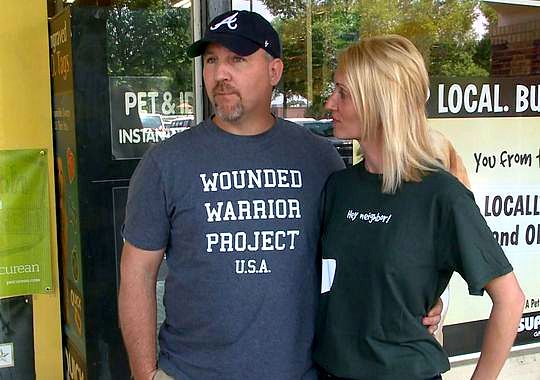 “The laws need to be changed to protect the animals, not necessarily the people,” Mark said. “We are the voices for the animals; they can’t speak for themselves.”

Georgia law currently allows a person to break a window to save the life of a human, but animals do not get the same coverage.

“Sometimes what’s right is not the law and that’s why the law needs to be addressed,” Mark noted.

The Martins and a number of other animal advocates are working to see a bill passed to allow people to save the lives of animals in danger of dying in a vehicle without being prosecuted for their valiant efforts.

A petition has been started asking that the charges against Hammons be dropped.  To sign it, click here.