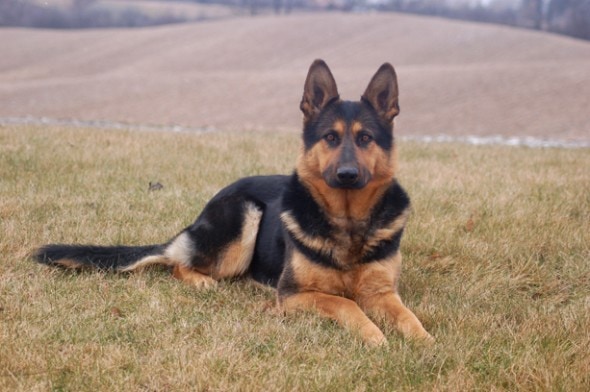 A 63-year-old woman in France is alive, thanks to her German shepherd. The woman was attempting to kill herself when her dog stepped in and diverted the gun shot saving her life.

The French woman went out into her garden with a .22-caliber rifle. After firing off some test shots she turned the gun on herself. That’s when her German shepherd sensed something wasn’t right and stepped in to save her. “At the moment she pulled the trigger, her dog jumped on her and diverted the shot,” a local police officer reported.

The woman was found by her husband, she was conscious but injured. She had suffered a chest wound and was rushed to the hospital. Although wounded, the injury was not life-threatening.