Ginny is one special story.  She came from a “left on roadside for dead” situation to become an inspirational story for puppy abandonment cases all over the world. 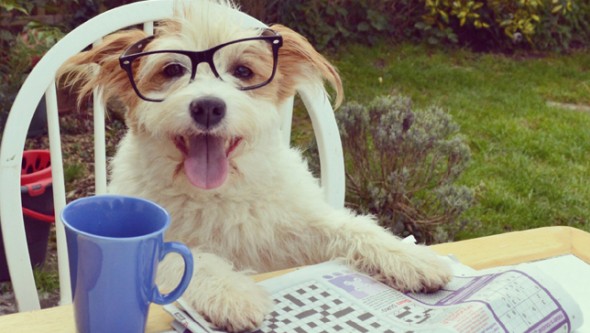 The quote above is what adorns the adorable photo of Ginny used for her newest pic on the popular social media network.  Ginny gets a lot of Instagram traffic, and it’s not hard to see why. 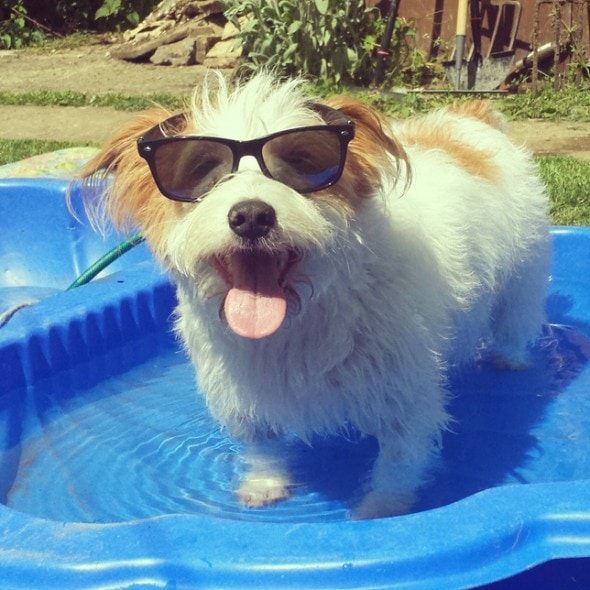 Ginny is a Jack Russell terrier that her mom, Chelsea Hope England, couldn’t be prouder to tell her story.

“I often think about how I see Ginny or what Ginny means to me, and I guess really I see Ginny as my everything. She’s a best friend that doesn’t talk back … and that’s perfect. I’ve been told countless times before that I’m way too attached to Ginny, but I genuinely think that unless you’ve owned a dog before, you can’t understand what a dog means to their owner. Every morning Ginny’s by my side of the bed begging for a cuddle, and in the evenings she’s next to me on the sofa resting her head on my lap or begging for whatever I’m eating. I love Ginny and everything about her.” 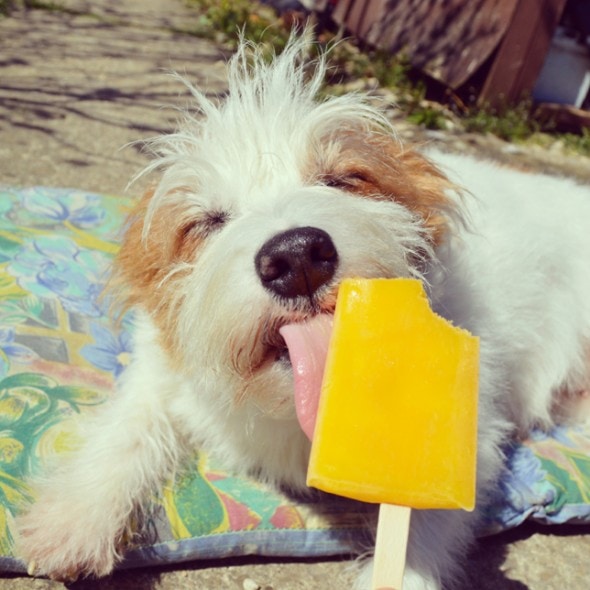 When asked how Ginny and her mom came to meet, England had this to say:

“Oooh this is something I could talk about for hours, but I’ll spare you and give a slightly shorter version of how I got Ginny. Six years ago, I was a volunteer with a local shelter and dog boarding company. My boss had noticed a dog by the side of the road on her way to work. I live in the countryside, so there’s a lot of roads with miles and miles of fields by them so she had assumed the dog had just been taken for a walk and had gotten lost. After pulling over and getting a close look, it was apparent this dog had been tied to a gate by the road and left there. She untied the dog and brought her to work where I was to call the appropriate people to help. This dog was Ginny.

She was skinny, her fur was thin, and she was covered in bites and fleas. She had the sweetest eyes I’ve ever seen in a dog, though she’d clearly been through a lot. I loved her instantly. I couldn’t leave her side, and stayed while vets rescue groups were called to see what could be done for her. The day passed by and it was decided by someone my boss knew that Ginny would be taken by them to be treated and eventually be taken to Ireland to be trained to hunt rats on a farm. I was absolutely against that — I didn’t want this dog who clearly needed a home and a hug to be put through that. So, I took her home with me instead.

I took her to be treated for her skin conditions and to treat the fleas. She also needed treatment on her neck, whatever was used to tie her to that gate by the road was far too tight and she had problems eating because of it. After several months and lots of treatment and medication she was given a clean bill of health. I’m forever happy I chose to adopt Ginny and bring her home with me, it took a lot to get her to where she is now, but it was all worth it. I can’t imagine not having Ginny in my life.”

These few pictures barely scratch the surface of the level of cuteness that Ginny and her Instagram account bring to the internet.

7 thoughts on “Ginny: From Abandoned on a Roadside to Instagram Superstar”