When Espy Cornin awoke in the early morning hours of Sunday morning to the sound of a gunshot he was devastated to find his dog Flint shot in the leg. He was even more distraught when he couldn’t afford the medical care Flint needed. Then a Good Samaritan stepped in and offered to cover the cost of Flint’s care.

Around 2:45 a.m. on Sunday Cornin woke to the sound of a gun being fired. When he went to check it out he found his four-year-old Labrador Retriever whimpering and bleeding on his front porch. 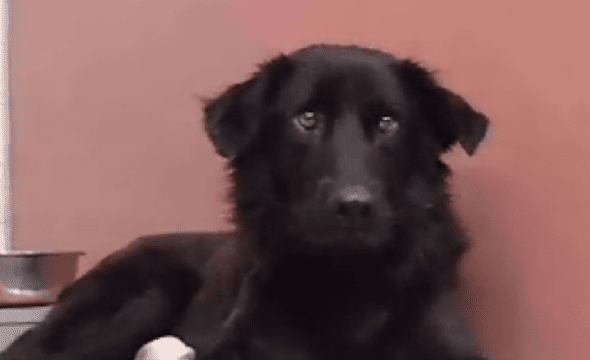 The bullet had hit Flint in his leg and shattered his humerus into three pieces, his leg needed to be amputated. Cornin, who is retired, lives on a fixed income and the unexpected cost of Flint’s medical care was too much for him to afford.

Thankfully, Michelle Ingram, an animal rescuer, heard about Flint’s story and didn’t hesitate to step in and help. She offered to bring Flint to an emergency clinic and cover the cost of his medical expenses.

“As an animal rescuer, I see the worst of humanity,” said Ingram. “I see the end result of that, so anytime that I can step in and make life better for that dog, cat or family, it makes me feel a little better and gives me faith in human kind.”

Flint will take about ten days to recover from his amputation but once he is recovered he should be able to run and play like always.

Cornin has filed a police report and believes that someone intentionally shot Flint. Though the vet believes it is possible he was struck by a stray bullet.