Witnesses at a beach in China’s Fujian Province said they were horrified to witness a young man repeatedly throwing a puppy into the ocean in an attempt to drown it.

The man’s friends could be seen laughing and snapping pictures of the helpless dog as it was hurled into the sea. Onlookers said it swam back to shore to shore four times, only to be tossed back in. 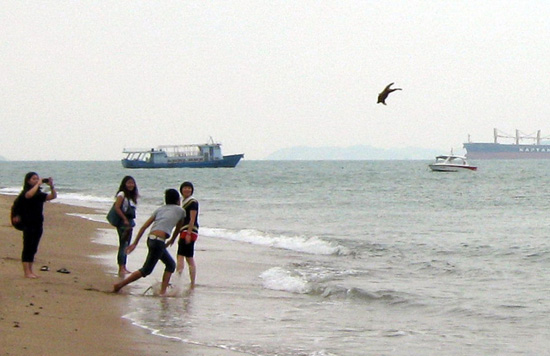 After the fifth throw, the man seen in the picture above left the beach. When he did, a witness ran to a nearby rock and grabbed the exhausted dog. 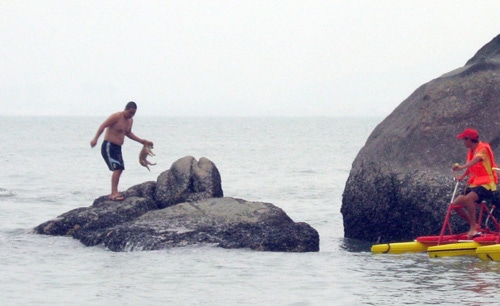 A group of concerned bystanders inspected the pup, and after determining that it was not injured, one of them decided to adopt it on the spot. She promised that it would have a good home. 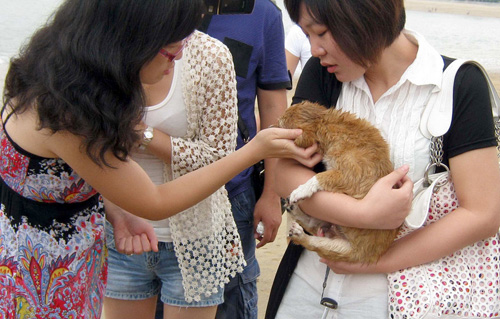 The man seen throwing the puppy has not been identified, and is not likely to face charges.