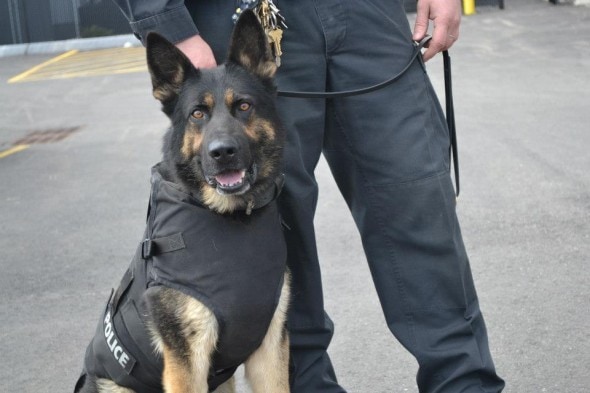 The non-profit organization Vested Interest in K9s teamed up with Groupon last month to raise money to purchase K9 vests for dogs around the country. In total $155,375 was raised providing 163 vests for K9s across the country.

Through Gropuon’s Grassroots program Groupon users were able to directly donate to Vested Interest in K9s. VPI Pet Insurance matched all donations up to $20,000. One hundred percent of all the Groupon donations went to provide bullet- and stab-proof vests for police dogs across the nation.

Vested Interest in K9s hoped to raise $95,000 through the campaign and exceeded that with $155,375 raised. This will allow the organization to purchase 163 K9 vests, several of which have already been purchased and given to police dogs around the country. Each vest costs $950 and will help protect police dogs in the dangerous situations they often face.

Across the nation over 30 different Sheriff’s departments will be receiving the vests. One of the police forces receiving vests from the fundraiser was the Jackson County Sheriff’s Office in Alabama. They were required to submit biographies of their K9s and the force will receive five vests for their dogs Mack, Ruger, Copper, Luke and Saben. They should have their vests within two months.

The Groupon fundraiser is over but donations can still be made to Vested Interest in K-9s at their website.