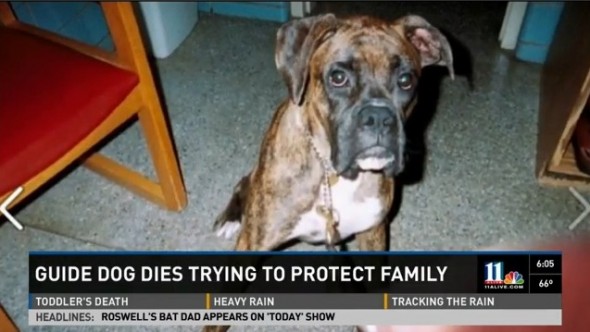 An injured guide dog, struck by a car, risked his life again to push a child out of danger.

“This is true loyalty and courage,” Dave Furukawa said of his beloved boxer.

The Atlanta resident was walking his son Will to school on Monday, accompanied by his guide dog, Simon. Furukawa is visually impaired, and has relied on Simon as a guide and companion for the past four years.

As they crossed a street, a car ran a stop sign and collided first with Simon, then with Furukawa. Despite being badly injured, witnesses say they saw Simon’s protective instinct kick in.

“What people have said is that Simon either got up or jumped out, and pushed my son out of the path of the car,” Furukawa explained. 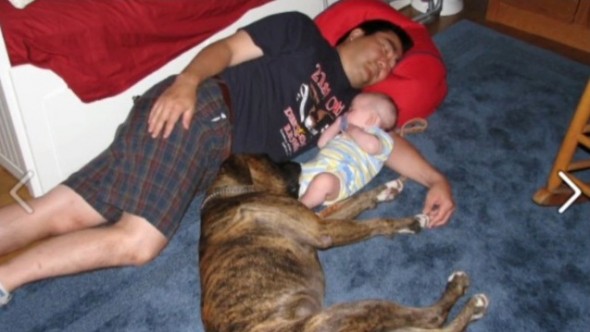 Bystanders picked Will up and took him down the street to his mother. Simon’s injuries would prove fatal, but he could not be stopped from making sure Will made it back home.

“Broken leg, he had a gash on his side and was having internal bleeding, but he followed home,” Furukawa said. “And once he was sure Will was okay, he laid down.”

Simon was rushed to an emergency vet, but sadly died on the way.

Police say Calvin Armour was cited for running a stop sign and failing to yield to pedestrians in the crosswalk. (That’s it??)

Pilot Dogs, Inc of Columbus, Ohio provided Furukawa with Simon, and have promised him another dog.

Simon will be greatly missed, but Furukawa says he will move on with the spirit of Simon with him.