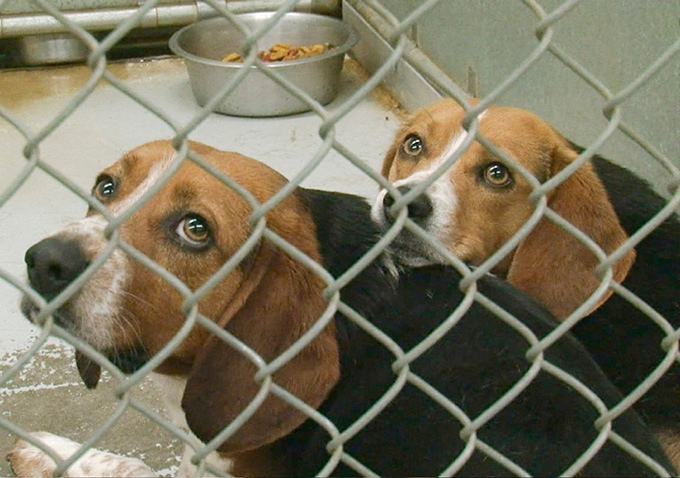 Americans have always had a love affair with canines, but lost amidst the pampering are unpleasant truths about dog ownership, care and commerce. One Nation Under Dog offers an eye-opening, three-part portrait of America’s complex relationship with dogs.

“Part One – Fear”: In the opening segment, Dr. Robert Taffet is taken to court by neighbors after several bite incidents involving his Rhodesian Ridgebacks in suburban New Jersey. Despite the severity of some of the attacks, he is deeply committed to his pets and wins his cases, including one in which a three-year-old girl’s ear was bitten off. Eight months later, after the same dog bites a teenager, Dr. Taffet puts him down.

“Part Two – Loss”: The second section focuses on people coping with the loss of beloved pets. This segment features a group of mourners sharing deep grief over recently deceased dogs in a pet-loss support group at the San Francisco SPCA; two women laying their dog to rest in the oldest pet cemetery in the U.S.; and a couple attempting to replace a beloved dog by cloning him. Also featured is Julie Adams, whose own love and loss of dogs has inspired her rescue work; with no shelters in her rural area, she’s taken it upon herself to care for and shelter more than 100 stray and abandoned dogs.

Many people do not know that 25% of dogs in shelters are actually purebreds, and many pet store dogs come from mass breeding operations known as puppy mills. For many dogs from mills and animal shelters, rescue is the only hope of survival. This segment follows volunteers saving some 200 puppy mill dogs from these dire conditions, including rescuer-trainer John Gagnon, who rehabilitates aggressive, difficult-to-adopt dogs and works with an organization to find them good homes, and Shawn South-Aswad, who raises money to rescue dogs and place them with foster families.